Dov Charney, Bruised Ex-CEO of American Apparel, Down to Last $100,000

American Apparel ousted its CEO, Dov Charney, who has been the target of lawsuits alleging inappropriate sexual conduct with female employees in Los Angeles, California on June 19, 2014
Ringo Chiu—Zuma Press/Corbis
By Elizabeth Barber

Dov Charney, the ousted chief executive of American Apparel, is down to his last $100,000. He is also apparently sleeping on a friend’s couch in Manhattan’s Lower East Side. And he is “suing everyone, by the way,” as a Bloomberg reporter puts it.

Charney tells Bloomberg that he took a loan from hedge fund Standard General to boost his shares in American Apparel on the understanding that the investment firm would help him get back into the company, from which he had been suspended for six months.

But the investment firm hoodwinked him, he claims: Standard General controls Charney’s shares in American Apparel as collateral and added new members to the retailer’s board. That board last week fired Charney, whose blustery reign over American Apparel was marred by piles of lawsuits alleging sexual harassment and discrimination.

Standard General said in an emailed statement that it had “supported the independent, third-party and very thorough investigation into the allegations” against Charney that led to his firing by American Apparel’s board. The firm said its “objective is to help American Apparel grow and succeed.”

Now, this ex-CEO is penniless, in relative terms: American Apparel paid Charney, its founder, an annual salary of $800,000. The clothing purveyor is also worth about $226 million to $243 million.

Still, it’s not all bad news for Charney — he’s been linked with a possible takeover bid.

READ NEXT China’s Xiaomi is Now Worth More Than Uber 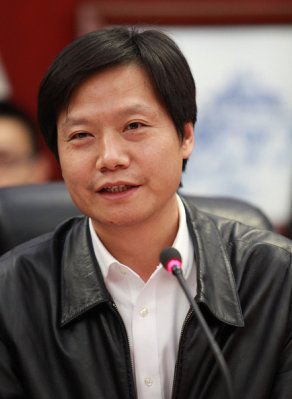 China’s Xiaomi is Now Worth More Than Uber
Next Up: Editor's Pick