You Asked: What's the Healthiest Sweetener?

You’ve heard sugar is bad news. But what about all those low-cal or no-cal substitutes? And organic honey! That has to be healthier, right?

“Honey, table sugar—doesn’t matter. It’s all sucrose, and your body metabolizes it the same way,” says Dr. Robert Lustig, a pediatric endocrinologist at the University of California, San Francisco. Lustig is also board president of the Institute for Responsible Nutrition, and presenter of “Sugar: The Bitter Truth”—a much talked about YouTube lecture that lays out the perils of the sweet stuff.

Apart from its high calorie content, which contributes to weight gain and obesity, sugar messes with your body’s insulin responses, Lustig says. Heart disease, diabetes and fatty liver disease have all been linked to the types of insulin issues sugar provokes.

“Sugar also binds to proteins in your body and causes damage,” he says—the same kind that browns fruit left out on your kitchen countertop. “We’re all browning. That’s part of aging,” Lustig explains. “But sugar causes you to brown seven times faster.”

There’s more to say on the subject of sugar and your health, but the bottom line is that too much sugar is bad for you, and most Americans consume way more than they should. “Your liver can process roughly six to nine teaspoons a day without significant issue,” Lustig says. “The average American consumes 19.5 teaspoons a day.” And while honey may contain antioxidants or compounds that, on their own, may offer some benefits, “The sucrose in honey is still sucrose,” Lustig adds.

Unfortunately, when it comes to artificial sweeteners and other sugar alternatives—from stevia to sucralose—the health picture grows foggier, not clearer. “Some people believe that, because some artificial sweeteners have no calories, they have no consequences,” says Dr. Yanina Pepino, research assistant professor in medicine at Washington University in St. Louis. “But we know that’s not true.”

Pepino’s research has demonstrated that sweet tastes—even those produced by non-caloric sweeteners—have the power to ramp up your body’s insulin responses. She says there’s also data suggesting non-caloric sweeteners contribute to the development of metabolic disorders and type 2 diabetes.

MORE: Should I Drink Diet Soda?

More new research has hinted that artificial sweeteners may mess with your gut’s microbes, the tiny organisms that live in your digestive system and help manage the ways your body breaks down and processes the stuff you eat. Like opening Pandora’s box, Pepino says any changes to the gut’s microbiota may lead to widespread negative health consequences.

“When it comes to sugar substitutes, we just don’t know enough,” she says—a sentiment Lustig repeats over and over again. And not knowing makes choosing between sugar and sugar alternatives a thorny proposition.

While some new sweeteners may claim to be healthier than others, the fact is they’re simply newer, so there’s not as much known about them, Lustig says.

In the end, both he and Pepino agree there’s only one right answer if you’re watching out for your health: Limit the amount of sweet stuff in your diet.

“I know people won’t like that answer, but that’s the only one I can give,” Pepino says. “There’s just no way to say one is better than another without a lot more data.” 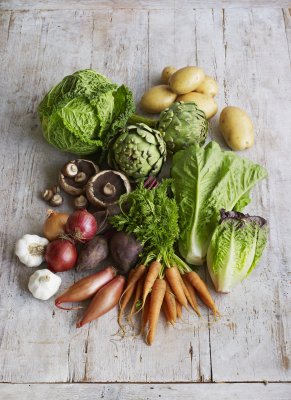 10 Biggest Food and Weight Loss Stories of 2014
Next Up: Editor's Pick