After a long battle with lung cancer, legendary rocker Joe Cocker died Dec. 22 at his home in Colorado. The British musician, who emerged during the Woodstock era, was best known for his unique, gravelly voice and his prolific, decades-long career.

Here, a look back at some of Cocker’s most iconic tunes.

1. With a Little Help from My Friends

Above all, Cocker is best known for his passionate cover of this Beatles hit, which he performed live at Woodstock in 1969. (Fans of the TV series The Wonder Years will recognize it as the show’s theme song.)

2. Up Where We Belong

Cocker recorded this Grammy-winning song with singer Jennifer Warnes for the 1982 film An Officer and a Gentleman.

3. You Are So Beautiful

Originally recorded by Billy Preston in 1974, this song became a huge hit thanks to Cocker’s more stripped-down and emotional version the following year.

Originally written and recorded by the rock band Traffic, this song became a major hit for Cocker in 1969. It’s a more upbeat alternative to some of his more bluesy, emotional tracks.

Another song to which Joe Cocker lent his signature spin, “The Letter” was originally recorded by the Box Tops in 1967. His gritty, bluesy take on it soared to the top of charts in 1970. 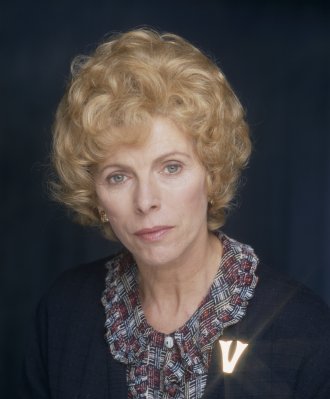 Stage and Film Actress Billie Whitelaw Dead at 82
Next Up: Editor's Pick