Ideas
By Ben Urwand
Ben Urwand is the author of "The Collaboration: Hollywood’s Pact with Hitler."

Since Sony announced the cancellation of The Interview, celebrities and politicians have expressed their concern. Even President Obama has weighed in on the matter, declaring, “We cannot have a society in which some dictator someplace can start imposing censorship here in the United States.”

What most Americans don’t realize, however, is that the withdrawal of the film is hardly unprecedented. In the 1930s, long before North Korea became a dictatorial power, the Nazi regime established an elaborate system to control Hollywood’s output. That arrangement, too, began with a terrorist threat: On December 5, 1930, a group of 300 Nazis led by Goebbels threw stink bombs and sneeze powder into a crowded theater in Berlin to protest the film All Quiet on the Western Front. Within a few months, Universal Pictures had agreed to make eight substantial cuts to the film to appease the German government. The studio had to make these cuts all around the world, even in the United States.

Over the remainder of the decade, the German presence only grew stronger in Hollywood. A Nazi consular official in Los Angeles told studio executives which scenes to cut from their movies and which movies to cancel entirely, and a network of German diplomats ensured that the adjustments were made around the world. Why would the studios go to such great lengths to appease the Nazis? According to the remaining documents, Hollywood simply wanted to preserve its business in Germany.

The consequences of the arrangement were dire: The studios made no films about Hitler’s persecution of Jews at precisely the moment that this persecution was taking place. In 1933, Hollywood cancelled The Mad Dog of Europe, a film that predicted a future genocide, penned by Herman J. Mankiewicz, the screenwriter of Citizen Kane. And even films that did not directly address the Nazi regime were subject to suppression. In 1936, MGM cancelled It Can’t Happen Here, a film about fascism coming to America, based on the bestselling novel by Sinclair Lewis. At the time, Lewis quipped, “I wrote It Can’t Happen Here, but I begin to think it certainly can.”

In the 1930s, Lewis was an exceptional figure. Unfortunately, back then, very few dared to speak out against what the Nazis were doing in Hollywood, and it’s not hard to understand why. When Universal embarked on the sequel to All Quiet on the Western Front in 1937, the Nazi consul in Los Angeles sent threatening letters to 60 members of the cast and crew, including the wardrobe man. As a result of this intimidation, the film was edited so dramatically that the final product didn’t even make sense. The situation is very different today. In the face of violations of personal privacy and threats of terrorism, celebrities have spoken out. The statements that we have seen from Judd Apatow, Rob Lowe, Jimmy Kimmel, and others may not be surprising by contemporary standards, but they were simply not possible in the 1930s.

In fact, even Franklin D. Roosevelt found himself unable to voice his opinion publicly about Nazi intimidation in Hollywood. The president was aware of Charlie Chaplin’s production The Great Dictator, a satire of Adolf Hitler, and he supported it wholeheartedly. As Chaplin was told, “If the President of our country is interested in your making the picture, it certainly has merit.” But this was merely a private communication, not a public statement. The fact that President Obama is confronting the situation head-on speaks volumes about the distance we have come in the past 90 years.

So yes, The Interview was cancelled, and yes, it may have been a silly comedy in the first place, but figures in Hollywood and Washington have not allowed the events to pass unnoticed. In the 1930s, Hollywood entered into an agreement with the Nazis, and as a result, the images on the American screen were censored by a foreign dictator. Tragically, this meant that instead of mobilizing audiences against fascism, or even giving people a chance to laugh at Hitler, there was only silence. The decision around The Interview today represents a critical juncture, and, in light of the outcry, Sony might still be persuaded to change its mind. On the other hand—if the past provides any indication of what is likely to happen—the studio’s capitulation at this point will only make it more difficult for Hollywood to change its policy in the future. We must stand up to those who want to dictate what is made and distributed in the United States if we are to prevent this from happening here—again.

Ben Urwand is the author of “The Collaboration: Hollywood’s Pact with Hitler.” 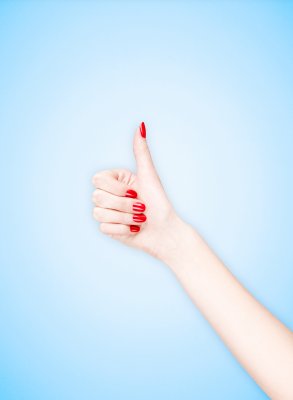 I’m a Body-Positive Feminist and I Had Weight Loss Surgery
Next Up: Editor's Pick