Predictions are snare traps for egomaniacs. That’s because, unlike me, they only think they know everything. I, however, have a deep understanding of how the world is shifting because I’ve been to Silicon Valley.

All the changes happening in the world come from there, as long as you define the world as upper-class, urban-dwelling, college-educated young people who constantly stare at their phones. And the people who determine which of these changes happen are venture capitalists, since they decide how many millions of dollars to give to each Stanford undergraduate. So this year I asked them what they “predict” will happen by looking in their crystal balls, which are actually real Swarovski sculptures they throw at each other because it never snows there.

There were a few things I hadn’t calculated on, however. First of all, venture capitalists are super boring. Like, all they wanted to talk about were nerdy computer things. Not one of them picked which candidates would win the 2015 congressional elections, and I don’t think it was because there are no elections in 2015. The VC guys have lobbyists who could easily fix that. And far worse, they weren’t at all objective. It turns out that when you dump millions of your firm’s dollars into crazy ideas and a journalist calls, you just start talking about those crazy ideas until he finally hangs up.

Still, self-interest is exactly what fuels progress in capitalism, which makes the invisible hand a better place to go to for predictions than the withered, spotted hands of the pundits on cable news who just predict that their party will do well. So I got Tim Draper, who owns tens of millions of dollars’ worth of bitcoins, to predict that in 2015 a bitcoin will go from its current price–$324 as I’m checking right now–to over $2,000. Draper, who also happens to have spent millions in a failed attempt to get an initiative on the ballot to split California into six states, predicts that “there will be more movements to create new states.” He also thought the stock market would go up more than 20%. I’m going to boldly predict that Draper owns some stocks.

Others didn’t even bother to pretend they weren’t promoting themselves. Tony Conrad, a VC who also started About.me, a site where people post short biographical pages about themselves, predicted that “reputation and identity [will] become even more central to our online existence.” Then he removed the tiny bit of subtext and added, “When we launched About.me in 2013, we anticipated this issue, and judging from our growth, it looks like we’re on an excellent path.” I’m surprised he didn’t predict that, following the lead of About.me, everyone will get a domain name from Montenegro. Because really, the ultimate website for 2015 would be a scrolling list of selfies on Me.me.

Dave Hornik, a partner at August Capital, was my freshman-year resident assistant at Stanford, and while he did fund Evite and StumbleUpon, I doubt his ability to see the future, solely based on the fact that he didn’t predict that my girlfriend in our dorm that year would later marry a woman. Still, Hornik must have invested in much more interesting stuff than Draper and Conrad, because he predicted the rise of “extruded gastronomy,” in which chefs do cool stuff with “3-D-printed food.” He then smartly predicted that no one will call it extruded gastronomy, because that sounds really gross. And Yahoo, he thinks, will be bought by someone. This was particularly interesting, since I had no idea that Yahoo was still owned by anyone.

Sam Altman, who runs Y Combinator, which funds companies before VCs even get to them, predicts that interest rates will stay near zero, while people get even more upset about income inequality, which seemed to be his way of trying to get those Google-bus protesters to stay away from his apartment. John Lilly, a partner at Greylock Partners who went to college with me and also never mentioned that lesbian thing, thinks smart-home appliances are going to become popular, which didn’t seem that impressive, since TIME did a cover story saying the same thing in June. And we’re an institution that is putting its finances behind a prediction that people will continue to read things on paper.

Putting all these confident, optimistic predictions together, it’s clear that we can expect a massive crash in the tech sector. I mean, come on–printed food? An East West Virginia and a West West Virginia? I think 2015 is going to be the year when VCs have to put their money into older industries, like humor columnists. Otherwise, I wasted my time using this as an excuse to meet them. 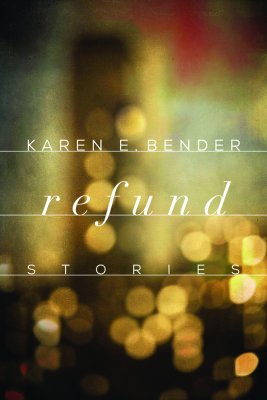 Tips for Surviving the Holiday Season on a Shoestring Budget
Next Up: Editor's Pick