Now that Stephen Colbert has filed his final report, get ready for his replacement: Larry Wilmore, a comedian, actor, writer, producer and “senior black correspondent” for The Daily Show. Beginning Jan. 19, he’ll host The Nightly Show With Larry Wilmore on Comedy Central weeknights after Jon Stewart.

We’ve seen a lot of variations on the fake-news format. What’s new about The Nightly Show?

The best way to describe it would be if you combined The Daily Show and Bill Maher’s show. It will be me weighing in, doing the headlines, and then there’ll be a panel aspect.

You had to change the title of the show from The Minority Report. Were lawyers involved?

Yeah, we had letters from Fox [the studio behind Steven Spielberg’s Minority Report] and very strict, let’s say, “suggestions.” We’d have to use the full title all the time. It was too much of a pain.

Did changing the name change the show?

Not at all. The show has always been about the point of view of the underdog. I’m not going to do 30 minutes of “senior black correspondent.” To be honest, I really like the title, because our show can define what it is instead of people assuming from Minority Report–“Why is he not talking about black today?”

How would you describe your politics?

I call myself a passionate centrist. Half the time I disagree with myself.

Are you swimming against the current?

It seems like people now seek out voices who are loudly on their team. It’s possible. But you have to be true to who you are when you’re doing a show like this and people are inviting you into their living rooms. A lot of my comedy comes out of me trying to get information as opposed to me trying to force my opinion on you.

Is it true you’re also a magician?

Yes, I am! I got into it when I was about 7 at a Cub Scout meeting and this guy did a rope trick. I would not rest until I figured it out. My parents bought me a magic set for Christmas, and I’ve been hooked ever since. I’ve been a member of the Magic Castle [in L.A.] for about 15 years. I like to see people’s reactions when you spring something on them that’s a surprise. That’s kind of what comedy is.

You hired a woman of color as head writer. Are you conscious of staff diversity?

I always hire a diverse writing staff. I’ve been doing it since [the 1999 animated sitcom] The PJs. I remember doing interviews then and people saying, “Larry, how many black writers do you have?” I’d say, “Why are you asking me? Go ask Friends!” We have a very diverse staff–almost half men, half women, and different ages too.

Yes, success can’t spoil me. Success, you had your chance when I was in my 20s and 30s–you could have done something, but now it’s too late! If I were in my 20s, I would feel like the world was ending if [the show] didn’t work out. At this point, I’ve been bruised enough. You just know nothing is for sure. 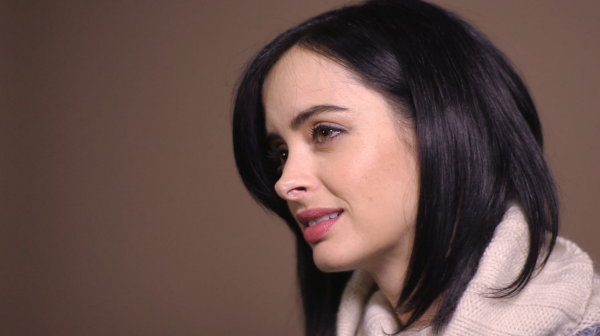 Big Eyes Star Krysten Ritter: 'Strong, Powerful Women—That's What I Gravitate Towards'
Next Up: Editor's Pick