The man who calls himself Jason Beale sips a draft beer as he describes how to make someone talk. “Everybody breaks,” says the retired military officer amid the shuffling of waiters at an upscale restaurant in his hometown. There is no anger or hostility in his voice. He is a father and a husband, unfailingly civil in conversation. But the methods for extracting information that he describes are the province of a moral universe unrecognizable to most Americans. Many call the methods torture. Which is one reason this former interrogator has decided, using a pseudonym, to defend what the U.S. government did to make captured terrorists talk in the years after 9/11.

The process begins, he says, with extended sleep deprivation that undermines the foundations of consciousness. “Your brain’s not operating the way it should–you know it’s not–but it’s hard to get control of it,” Beale says. “You’re exhausted, you’re beaten down, and you know you’re going to go in that little room.”

Then a second element is brought to bear: physical duress. During questioning, unsatisfactory answers result in “other measures,” Beale says, including a violent form of manhandling known as “walling,” in which the detainee is thrown against a prefabricated wall designed to be flexible and noisy.

The break, when it comes, is almost always the same, Beale says. “It’s preceded by a period of complete shutdown–no talking–and when interrogators see that, they back off and wait. Then there’s a statement.” When the detainee gives the interrogator the information he wants, there is a turning point, Beale says, in the relationship between the men. “When it’s done, there is a very strange bond that is formed between the interrogators and the detainees,” he says. “The interrogators don’t gloat or celebrate … They would even bring him into their arms, give him a hug and say, ‘Hey, it’s not your fault.'”

According to three former senior CIA officials, Beale was an interrogator in the agency program described by Senate Democrats in a scathing report, parts of which were released on Dec. 9. Citing legal advice, Beale declines to confirm that he worked for the CIA or participated in the program, the details of which remain largely classified. He nonetheless offered a robust defense of the program based, he says, on declassified public documents and his knowledge of “enhanced interrogation techniques” that he gained from 1988 to 1989 as an interrogator and student in the military’s Survival, Evasion, Resistance and Escape (SERE) program.

Beale’s opinion doesn’t just open a window into the shadows of his nation’s recent past; he and others believe it provides a view to our future. The Senate report tried to resolve, once and for all, a grim post-9/11 moral debate: How far should we go to get captured terrorists to talk? The report’s Democratic authors say the program’s abuses–which included a death, near drownings, “rectal hydration” and other horrors–show why Americans should never trust their government to use physical coercion on captives in their name. The program’s mostly Republican defenders say the abuses occurred mostly in the panicky years after 9/11 and that by the time the CIA program ended in 2007, the interrogation techniques used were legal, ethical and effective.

Beale came to the business of enhanced interrogation by chance. He spent 20 years in the military as an Army interrogator, most of them in the Middle East. During that time, he stuck to the Army-field-manual restrictions against physical coercion of detainees, he says. Over time, he got to know a number of CIA officials, some of whom ended up in the CIA’s Alec station, which was tasked with finding, capturing or killing al-Qaeda leaders. Meanwhile, he gained the kind of expertise the CIA would be looking for after 9/11.

When the attacks happened, the CIA had little experience in detention and interrogation, and initially the agency’s efforts were a disaster. The worst abuses took place at a hastily established, dungeon-like site in Afghanistan called the Salt Pit after the U.S. invaded in 2001. One detainee died overnight in a near freezing cell; others were beaten, hung by their arms and forgotten about. Still others suffered hallucinations and paranoia that drove them to self-harm and attempts at suicide.

In 2002 the CIA formalized its detention and interrogation program with the blessing of George W. Bush’s White House and Justice Department. Convinced more attacks were imminent, the agency hired two former Air Force psychologists, James Mitchell and Bruce Jessen, who like Beale had worked in the SERE program. The CIA program was run at so-called black sites abroad. Initially paid by the day, Mitchell and Jessen eventually formed a private company that was paid $81 million by the CIA for managing most of the detention and interrogation of the agency’s 119 detainees.

Beale went through Mitchell and Jessen’s training course after he left the military in 2004 but did not work for their company, according to a former senior CIA official. By the time Beale joined the CIA program late that year, the agency had reined in most of the abuses and the pace of detentions and interrogations had slowed, the Senate report’s authors say. From late 2004 on, the CIA took custody of six high-value al-Qaeda operatives and used enhanced interrogation techniques on three of them.

One, Abu Ja’far al-Iraqi, was suspected of knowing the location of Abu Mousab al-Zarqawi, the head of al-Qaeda in Iraq, and endured 102 hours of sleep deprivation. During his interrogation, his lower legs swelled and had to be bound, and he was given blood thinners by CIA medical officers, says the Senate report. Al-Iraqi was also “walled,” put into stress positions, slapped and doused with 44°F (7°C) water for 18 minutes, the report says.

Another, Muhammad Rahim, was thought to know where Osama bin Laden was hiding and was subjected to eight sessions of sleep deprivation, two lasting 104 hours and one lasting nearly 139 hours. During one, Rahim described hallucinations and was allowed to sleep, but a psychologist concluded that Rahim had been faking, and sleep deprivation was reinstituted. He was slapped, not walled.

The parts of the Senate report made public on Dec. 9 do not say what methods CIA interrogators used on al-Qaeda’s No. 3, Faraj al-Libi. By the time the program ended in 2007, the agency had set a monthly limit on consecutive sleep deprivation of 180 hours, or 7½ straight days. Often, this was accomplished by handcuffing detainees’ arms at shoulder level to a floor-to-ceiling chain. The report says several detainees put through the extended sleep deprivation had “disturbing hallucinations,” including one detainee who in late 2003 believed he saw his family being fed to dogs by his interrogators.

Before 9/11, The U.S. prohibited enhanced interrogation techniques, including waterboarding, sleep deprivation and physical duress. It chastised other countries for using some of those techniques and prosecuted people for doing so. In August 2002, Bush Administration lawyers issued legal opinions arguing that the CIA’s techniques weren’t torture. Those opinions have since been rescinded and repudiated, first in Bush’s second term and more recently by President Obama.

Scientists don’t know exactly what happens to a person’s mind and body when subjected to extreme sleep deprivation in combination with physical duress. In the short term, the techniques can produce psychosis and paranoia. Longer-term effects have not been scientifically documented. Dr. Vincent Iacopino of Physicians for Human Rights says, “They’re very likely to produce severe physical and lasting harm”; he points to experiments in which animals died during periods of extreme sleep deprivation.

If the long-term costs of enhanced interrogation on detainees are unknown, the short-term benefits to national security are not much clearer. The Senate report says the techniques used on the final three detainees produced no useful intelligence. A Dec. 15, 2005, draft of a briefing for Bush said al-Iraqi had produced “almost no information that could be used to locate former colleagues or disrupt attack plots.” Rahim produced no valuable intelligence; the CIA’s top clandestine officer at the time, Jose Rodriguez, said interrogators had been held back.

Al-Libi is at the center of one of the most contentious debates about the use of harsh techniques: whether they contributed to the discovery of bin Laden’s hiding place in Pakistan. On May 4, 2011, two days after bin Laden was killed, Rodriguez told TIME that al-Libi was a “lead” source of information that uncovered bin Laden’s location. The Senate report disputes that, saying al-Libi denied knowing him. CIA officials argue that the denial, coming after extreme interrogation, helped confirm the intermediary’s significance.

Al-Libi is being held at Guantánamo Bay and has requested a trial in U.S. courts. Beale now lives the quiet life of an early retiree. He is convinced the program was ethical and has posted a manifesto against the Senate report on the website of the Weekly Standard, a conservative magazine. He says harsh interrogations are a kind of “man-on-man contest” that has none of the tricks and lies of softer interrogations. “It’s a crying shame that we let the program no longer be run. It was good, and now it’s gone,” he says. But Beale’s not convinced it won’t return: “I don’t think anything about this report stops a President who is inclined to want to use something like this again in the future.” 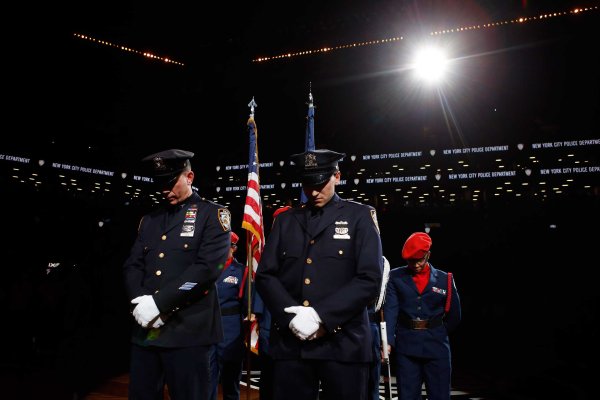