Demonstrators in the Pakistani city of Lahore on Dec. 21, 2014, condemn the attack by Taliban gunmen on the Army Public School in Peshawar
Mohsin Raza—Reuters
By Per Liljas

Pakistani police say they have arrested several people suspected of facilitating the attack on a school in the city of Peshawar last week, which left 148 people dead.

All seven assailants were reportedly killed in the attack, which was claimed by the Pakistani Taliban as a revenge for an army offensive in the Waziristan region, but officials believe the outfit is planning another hit, reports the BBC.

“We are receiving intelligence from across the country that the militants are getting ready for another savage and inhuman counterattack,” says Interior Minister Chaudhry Nisar Ali Khan.

Pakistan lifted a moratorium on its use of death penalties following the attack in Peshawar, and has since executed six men. 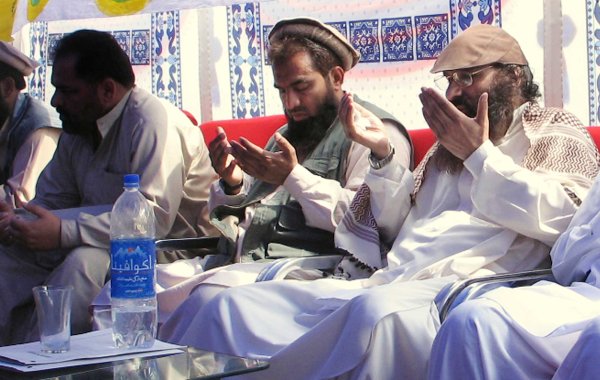