Tom Brokaw Says His Cancer Is in Remission

In February, Tom Brokaw revealed that he had been diagnosed with multiple myeloma in August of 2013 and was undergoing treatment.

Sunday morning, the 74-year-old NBC News special correspondent and former anchor of NBC Nightly News released a statement announcing that his cancer was in remission.

“A year ago my future was more uncertain than I cared to acknowledge but now I face the New Year with very encouraging news,” Brokaw wrote in a statement released by NBC. “The cancer is in remission and I will shortly go on a drug maintenance regimen to keep it there.”

Brokaw continued, writing, “Last weekend I was reminded of how fortunate we all are and whatever challenges I faced were footnotes compared to the men I was with.”

“I was a Presidential delegate to the 70th anniversary of the Battle of the Bulge, the fight which went on for most of December 1944, in one of the worst winters in 20th century Europe.”

“Monty Meigs and I went into the forest surrounding Bastogne where remains of the original 101st Division fox holes still are visible. About 30 vets returned. The oldest was 96, and the youngest 89.”

“I flew home reflecting again on how lucky we are that generation gave us the lives we have today – how my last year was a challenge but I was meeting it in world class hospitals with brilliant physicians, not in a foxhole in the Ardennes,” he concluded. 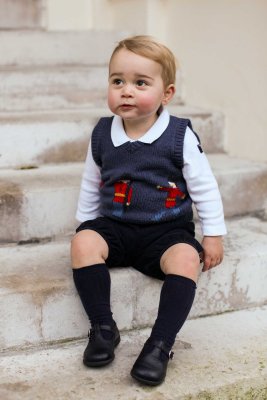 Will and Kate Take Prince George to See Santa
Next Up: Editor's Pick