What You Need to Know About Winter Solstice 2014

Winter solstice, falling this year on Sunday, Dec. 21, marks the first day of winter in the Northern Hemisphere. More precisely, winter officially begins at 6:03 p.m. ET — the moment when the Northern Hemisphere is pointed at its furthest distance from the sun. This means winter solstice boasts the longest night and the shortest day, and often colder temperatures, too.

But the good news? If you’re not a fan of winter, from each day on after the solstice, the days will get longer and warmer until the calendar hits summer solstice, June 21, 2015. Summer solstice marks the first day of summer, the longest day of the year in the Northern Hemisphere.

READ MORE: 5 Things to Know About the Winter Solstice

Like last year, Google released an animated Google Doodle for this year’s winter solstice. This year’s doodle shows Father Christmas — the British predecessor to Santa — helping two children build a snowman, before the kids’ mother appears and pulls a carrot from her bag for the snowman’s nose. Christmas has become associated with winter solstice, which serves as a turning point in many cultures. 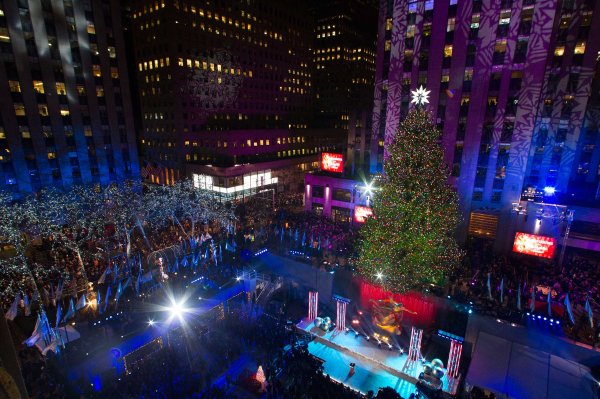 Get Ready for a Wet Christmas
Next Up: Editor's Pick