'The Affair'
Mark Schafer—Showtime
Ideas
By Elizabeth Wurtzel
Elizabeth Wurtzel is the author of Prozac Nation, Bitch and More, Now, Again. Her latest book is Creatocracy: How the Constitution Invented Hollywood.

Even though Showtime is commercial-free, I DVR The Affair so that I can fast-forward past Fiona Apple’s ululating over the opening credits. It is the sound of puppies drowning.

Absolutely everything about The Affair is too much, which must be its appeal. It is a bubble bath of bathos. The white waves break in Ditch Plain, and on the shore someone is screaming or crying or having sex on a trapeze. (Okay, I lied about the last thing—but the show has been renewed for another season, so here’s hoping.)

Of course, this is nothing at all like how we live now. No one is this this emotional anymore. The Affair is a lot like how we used to be, maybe in the last century. Now everyone is on Facebook and on Prozac—and dead inside. Which is probably a good thing—certainly it is better than epidemic road rage. Consider the way things go when everyone is out at the same time, like on Black Friday. On days like that, when many people have little control over their behavior, it seems good that psychotropic medication and online living have become so prevalent. But we are nostalgic for everything, including pain. Enter The Affair: on Sunday night at 10 p.m., there will be spiraling.

As a portrait of an extramarital relationship, The Affair is accurate in the worst ways. The two cheaters are the lesser halves of their respective marriages, and it is resentment that has led them down the primrose path. Alison is a failed nurse who is now a waitress, and Noah is a failed novelist who can’t even teach “Romeo and Juliet” to ninth graders like he knows what love is. After a brief encounter in a diner—yes, the writers of The Affair settled on that gin joint—Alison and Noah are obsessed like Capulets and Montagues. It happens like kaboom. Or like desperation. But people cheat because they can and they will and they do. The Affair does not make excuses for the affair. It does not even make excuses for the attraction. It shows every situation twice—he says, she says—and both ways all you get is that they are in it for the mess. Don’t try to explain why people do wrong for fun. There: I just explained it.

The usual checks and balances don’t exist to stop Noah and Alison. The dialogue can be characterized as bad advice alternated with worse advice. Both Noah’s daughter and Alison’s mother-in-law are sociopaths, and only some of the children’s clothes are imported from France to Brooklyn. The only character on The Affair who seems to have principles is Cole, Alison’s husband, but he also happens to be running a drug-smuggling operation disguised as a horse stable. There is no one who is just an okay person on The Affair. Everyone is lousy.

Dominic West played Jimmy McNulty on The Wire, and McNulty was lousy. Really lousy. As a guy, Jimmy McNulty was worse than Noah Solloway. But McNulty had a mission. He was natural police. He was a man with a job he cared about. A lot. His wretched personal life was a sideshow that the audience forgave—mostly—because McNulty was cleaning up Baltimore one perp at a time like it mattered.

There was a time when television was about relationships mostly, but then the best TV was suddenly about work. Lately, whether it’s Mad Men or The Good Wife, people are more substantial accomplishing than emoting. We prefer it. We prefer it the way we prefer that life be less messy, which is why we conduct so much of it on a screen. But somehow, when we are reminded of how raw we can be—and how ridiculous it is—we watch The Affair as obsessively as the characters behave. We want to do wrong for fun.

Elizabeth Wurtzel is the author of Prozac Nation, Bitch and More, Now, Again. Her latest book is Creatocracy: How the Constitution Invented Hollywood. 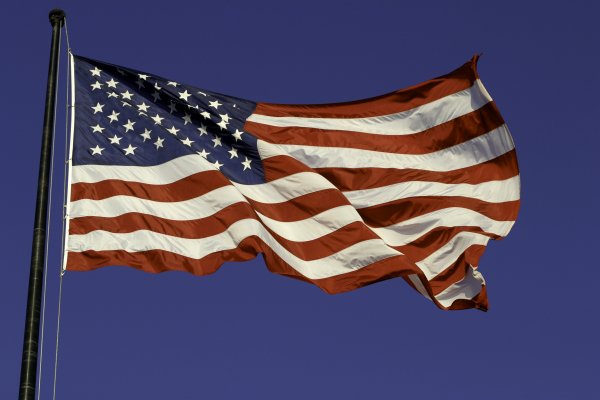 Being American Means Never Having to Fret Over Your Legal Documents
Next Up: Editor's Pick