A worker uses a pneumatic jackhammer to drill rock at the foundation for the World Trade Center's transportation hub, Nov. 10, 2011 in New York.
Mark Lennihan—AP
By Dan Kedmey

New York City is considering a clampdown on one of its most enduring public nuisances, the jackhammer, by requiring construction crews to switch to a quieter, electric model.

The quieter models can shave roughly 10 decibels off of the noise level, cutting it in half, the New York Times reports. Manufacturers of electric jackhammers say their models, which have been on the market since at least 2011, can break through concrete as effectively as any pneumatic jackhammer, which runs on an ear-shattering technology that dates back to the 1800s.

A spokesperson for the General Contractors Association disputed those claims, telling the New York Times that the models could slow down heavy construction work and increase costs for developers. 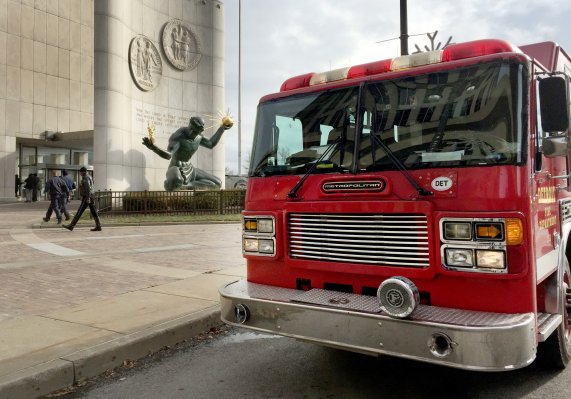 Power Restored in Detroit
Next Up: Editor's Pick