U.S. President Barack Obama during a news conference at the White House in Washington, D.C. on Dec. 19, 2014.
Bloomberg—Bloomberg via Getty Images
By Brendan Maloy / Sports Illustrated

President Obama addressed the nation Friday regarding Sony’s decision to cancel the release of The Interview following repeated cyber-attacks on the studio, but when he spoke about the film’s stars he accidentally conflated James Franco and Ravens quarterback Joe Flacco into “James Flacco.”

Only moments after the slip up occurred someone had already snatched up the Twitter handle James Flacco and started a parody account.

The slip of the tongue was so talked about that even the Ravens quarterback got in on the fun, tweeting a quick correction to the President, and reaching out to Franco. 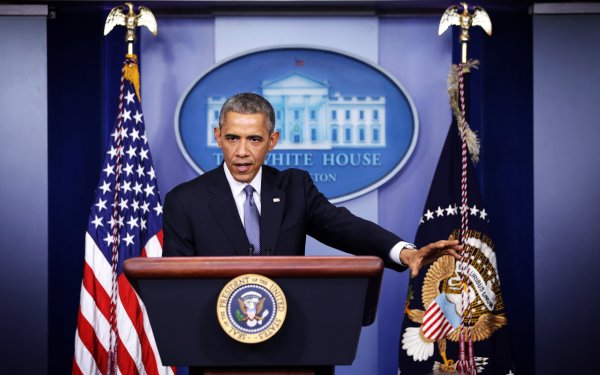