Bring on the tears: The Colbert Report ends its run with tonight’s episode. While Stephen Colbert the person will of course be fine — he’s taking over for David Letterman on The Late Show — “Stephen Colbert” the character’s future is much less certain. One thing is for sure: It’s the end of one incredible, zeitgeist-y era.

In honor of the end of the nine-year show, we rounded up some of Colbert’s best music and musician-related segments. Appreciate his genius by rewatching 7 of our favorite clips below.

1. Colbert’s Christmas Special
Elvis Costello and Stephen Colbert want to shoot a Christmas special; there’s just one problem: A bear in the woods. So instead, this Christmas special revolves around Costello and Colbert in a cabin with a series of visitors stopping by to sing — including appearances from Toby Keith, Willie Nelson, Feist and more. The album version of this episode went on to win a Grammy.

2. Vampire Weekend Versus The Black Keys
In a 2011 appearance, Vampire Weekend-er Ezra Koenig and the Black Keys‘ Patrick Carney & Ezra Koenig (both Best Alternative Music Album nominees) faced off on Colbert about which of them was a bigger sellout — and managed to make a strong statement about the state of the music industry in the process.

3. The Decemberists
The Decemberists knew a good PR opportunity when they saw one, so when Colbert accused the band of stealing his green screen idea, the group fired back and challenged Colbert to a guitar shredding content on his show. Small problem: Colbert hurt his hand, so he had to get Peter Frampton to fill in. The whole thing was judged by (pre-scandal) Eliot Spitzer and even “friend of the show” Henry Kissinger. It was an iconic episode in terms of showing that just about everyone was willing to come have fun with Stephen.

5. Pussy Riot interview
When you think of people who might not fully understand Colbert’s shtick, members of Pussy Riot seem likely. Oh, how wrong viewers were. Despite speaking through a translator, nothing was lost in translastion and the women were able to joke around with Colbert better than most of his guests. Look how delighted Colbert is when the women explain, “We’ve had two years practice hiding things from searches.”

7. Kendrick Lamar
Colbert was a great champion of musicians (and the tie-in corporate sponsors). Just look at Pepsi Presents StePhest Colbchella ‘012: Rocktaugustfest. So it’s fitting that his final musician interview was buzzy; take it away, Kendrick Lamar. 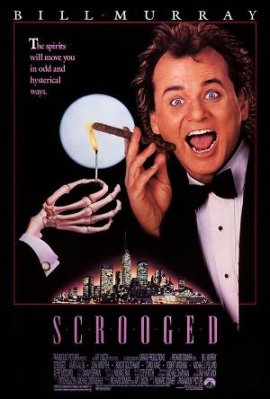 Here's Where to Watch Your Favorite Christmas Movies
Next Up: Editor's Pick