Taking the Crisis Out of ISIS

An F-18 leaves it carrier for a bombing run against ISIS targets.
Navy photo / Robert Burck
By Mark Thompson

After four months of stalemate in the U.S.-led air war against the Islamic State in Iraq and Greater Syria, the U.S. military finally expressed measured optimism Thursday over the course of the campaign.

“We’re seeing initial successes in this fight,” Army Lieut. General James Terry told reporters at the Pentagon. “My assessment is that Daesh has been halted in transitioning to the defense and is attempting to hold what they currently have.”

The Pentagon has begun referring to ISIS—which is also know as ISIL, for the Islamic State in the Levant—as Daesh, after prodding from its allies.

In Arabic, Daesh and ISIL sound alike, although “daesh” literally means “to crush underneath the foot,” Terry said. “Our partners, at least the ones that I work with, ask us to use that, because they feel that if you use ISIL, that you legitimize a self-declared caliphate, and they feel pretty strongly that we should not be doing that.”

ISIS forces still control roughly a third of Iraq and Syria. Regaining major territory in both nations won’t be possible until local ground forces can be assembled and trained to take the fight to the Islamic militants in the major cities they now hold. The launch of any such single counter-offensive is months away, and will take years to drive ISIS from all the cities, Pentagon officials believe.

“We believe that the loss of these key leaders degrades [ISIS’s] ability to command and control current operations against Iraqi Security Forces, including Kurdish and other local forces in Iraq,” Kirby added in a statement. The U.S. and its allies have conducted 1,361 air strikes since August, with 86% of those carried out by U.S. warplanes (the U.S. has carried out 97% of the strikes in Syria this month, Reuters reports).

The Pentagon statements didn’t occur in a vacuum. Last week, lawmakers on the House Foreign Affairs Committee expressed ire at the slow pace of the war against ISIS. “Does the United States have some other strategic plan other than arming these [Syrian] folks that aren’t going to show up till 2016, dropping bombs, that are marginal whether they’ve been successful, and helping with military aid to some of these coalition countries?” Rep. Ted Poe, R-Texas, asked Brett McGurk, the Obama Administration’s anti-ISIS envoy.

“It was designed,” McGurk said, “to be a long-term program.” 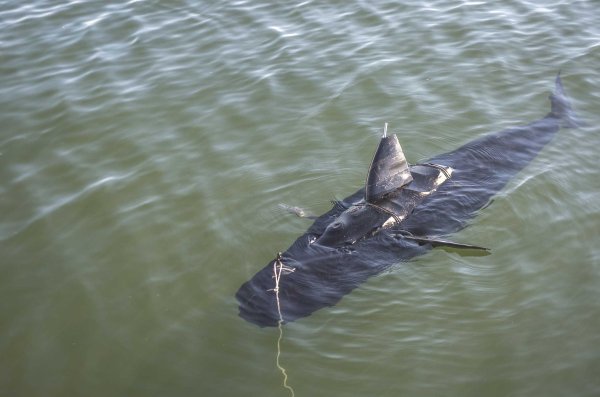 The Navy's New Drone Looks Just Like a Shark
Next Up: Editor's Pick