Kurdish Fighters Regain Territory from ISIS in Most Successful Offensive Yet

Backed by a recent surge in U.S. airstrikes, Kurdish forces recaptured a large area of territory from the Islamic State of Iraq and Greater Syria (ISIS) militants on Thursday, the New York Times reports.

It was described as “the single biggest military offensive against ISIS, and the most successful” in a statement on Thursday night from the office of Masrour Barzani, Chancellor of the Kurdistan Region Security Council. The offensive involved 8,000 local troops and was backed by 53 airstrikes from the U.S.-led coalition.

The offensive has allowed for the opening of a path from the autonomous Kurdish region to Mount Sinjar in the west, near the Syrian border. Mount Sinjar came under siege in August, when thousands of Yazidis were persecuted by ISIS, prompting the start of U.S. airstrikes.

Lt. Gen. James L. Terry, overall commander of the campaign against ISIS, told Pentagon reporters: “We will relentless pursue Daesh in order to degrade and destroy its capabilities and defeat their efforts,” using an Arabic word for ISIS.

Read more: The fight against ISIS on the border between Turkey and Syria 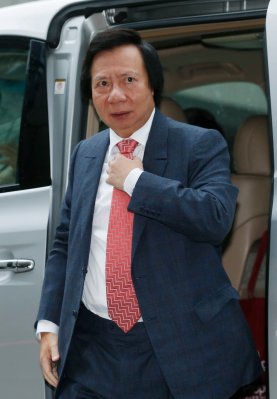 Hong Kong Billionaire Convicted for Bribery
Next Up: Editor's Pick