Barricades stand near the scene of a deadly car accident at the South by Southwest Music, Film and Interactive Festival on March 13, 2014 in Austin.
Michael Loccisano—Getty Images
By Eliana Dockterman

The first wave of lawsuits stemming from a March accident in Austin, Texas, when a driver fleeing police killed four people and injured 20 others, claim that the organizers of a music festival in the city were negligent.

All of the lawsuits, filed by eight victims who include the families of three who died from injuries, name the festival organizers, driver and a local engineering company that conceived South by Southwest’s traffic management plan as responsible parties, the Austin American-Statesman reports. The suits, which seek unspecified damages, allege that organizers should have considered the event might put pedestrians in danger as the city is known for a culture, of sorts, of public celebration.

The driver, Rashad Owens, was fleeing police March 13 when he crashed through a traffic barrier at a high speed and ran over pedestrians. Owens has already been charged with multiple counts of murder and aggravated assault. 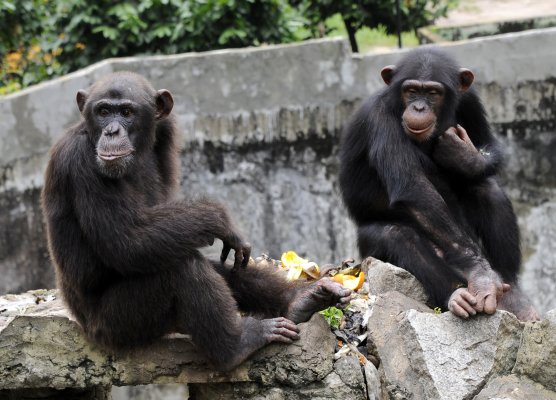 Chimpanzees Not Entitled to Human Rights, Says N.Y. Court
Next Up: Editor's Pick