President Barack Obama applauded LeBron James in a new interview for wearing a shirt dedicated to Eric Garner during a recent game and said more sports stars should use their influence to address social issues.

James sported a shirt with the phrase “I Can’t Breathe” instead of his jersey on Dec. 8 in a show of support for Garner, the Staten Island man who was killed in an altercation with police in July, during which the officer used an apparent chokehold.

“You know, I think LeBron did the right thing,” Obama told PEOPLE. “We forget the role that Muhammad Ali, Arthur Ashe and Bill Russell played in raising consciousness.”

James’ decision to wear the shirt came as athletes on a number of other teams did similarly in the wake of the grand jury announcement that the officer involved in the fatal incident would not be indicted, setting off a string of protests against police brutality.

“We went through a long stretch there where [with] well-paid athletes the notion was: just be quiet and get your endorsements and don’t make waves,” Obama said. “LeBron is an example of a young man who has, in his own way and in a respectful way, tried to say, ‘I’m part of this society, too’ and focus attention.”

The President added that he would “like to see” more athletes do that, “not just around this issue, but around a range of issues.” 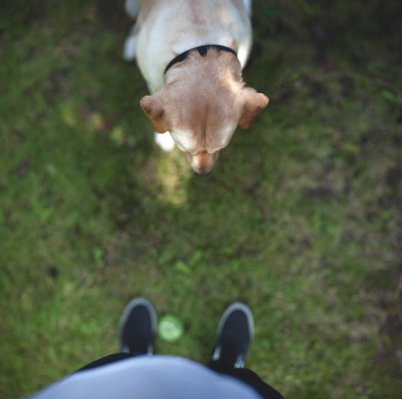 Dog Accidentally Shoots Man in Wyoming
Next Up: Editor's Pick