An Islamic State of Iraq and Syria waves an ISIS flag in Raqqa, Syria, on June 29, 2014
Reuters
By NBC News

Three leaders of ISIS have been killed by American air strikes in Iraq in the past month and a half, U.S. defense officials said Thursday.

They were identified as Haji Mutazz, a deputy to the ISIS leader; Abd al-Basit, the top military commander; and Radwin Talib, who is in control of ISIS in Iraq. They were described as mid- to high-level leaders.

One official called the deaths of Mutazz and al-Basit in particular a “serious blow to ISIS command and control.” The official said that the setback may be temporary because ISIS has plenty of willing replacements…

Read the story from our partners at NBC News 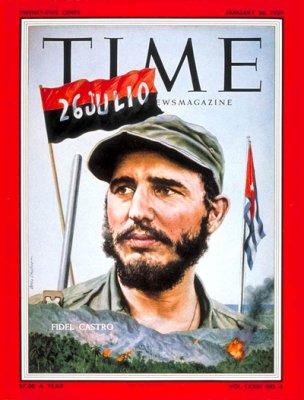 Why Did the U.S. and Cuba Sever Diplomatic Ties in the First Place?
Next Up: Editor's Pick