For Breast Cancer: It's Not Nature vs. Nurture—It's Both

Ideas
By Dean Ornish, MD
Dean Ornish is Founder and President of the non-profit Preventive Medicine Research Institute and Clinical Professor of Medicine at UCSF. He is the author of The Spectrum and five other bestsellers. He is a leading researcher in how comprehensive lifestyle changes may reverse heart disease and other chronic illnesses without drugs or surgery and may even begin to reverse aging at a cellular level.

In 2003, a mountain climber (Aron Ralston) became trapped under an 800 pound boulder while canyoneering alone in Utah. After five days stuck beneath the massive boulder, Ralston amputated his own right hand, freeing himself and saving his life.

Last year, Angelina Jolie underwent a prophylactic bilateral mastectomy because she has a BRCA1 mutation that greatly increases her risk of breast cancer in hopes that it would save her life as well.

In both cases, after careful and thoughtful consideration, two individuals decided to sacrifice important parts of their bodies in order to survive.

And in both cases, there were critics.

Rex Tanner, a 10-year search-and-rescue veteran and commander of Grand County Search and Rescue, questioned if Ralston had other options.

Melissa Etheridge publicly criticized Angelina Jolie for undergoing a prophylactic double mastectomy. “I wouldn’t call it the brave choice. I actually think it’s the most fearful choice you can make when confronting anything with cancer.”

When Etheridge was diagnosed with breast cancer, she chose to make changes in diet and lifestyle as well as having a lumpectomy and undergo chemotherapy. (Etheridge is BRCA2 positive, which has a lower risk of developing breast cancer than the BRCA1 mutation carried by Jolie.)

Given these odds, it’s understandable why some women elect to have prophylactic bilateral mastectomies. It can be a rational choice, not a fearful one. These are intensely personal and private decisions that I deeply respect, made by people who I imagine have given great thought and consideration to various options. Only they know what they’re really feeling.

At the same time, I do not agree with a recent article that stated, “Shame on Melissa Etheridge for using her privilege and public platform to blame herself for her breast cancer.”

To say that diet and lifestyle may play a role in breast cancer does not mean that people who change their lifestyle are blaming themselves or that you can always prevent breast cancer by eating and living more healthfully. You do what you can even though there is not certainty.

According to the National Cancer Institute, “Even with total mastectomy, not all breast tissue that may be at risk of becoming cancerous in the future can be removed.” Because of this, a bilateral prophylactic mastectomy reduces the risk of breast cancer by 95% in women who have the BRCA mutation and by up to 90% in women who have a strong family history of breast cancer—but not by 100%. Thus, even if a woman decides to have a prophylactic mastectomy, she may also benefit from making lifestyle changes as well.

Not everyone who eats meat, smokes, and is overweight, stressed, and sedentary gets breast cancer—protective genes may play a role. And you may eat well, move more, love well, and stress less and still die of breast cancer. Genes may override the best lifestyle, but not always.

Those aged 50 to 65 reporting a high intake of animal protein (but not plant protein) in their diet had a 400% higher risk of dying from cancer during the following 18 years, in part because diets high in animal protein increase IGF-I levels.

Those with BRCA mutations who had gained a significant amount of weight since age 18 were 4.6 times more likely to have developed breast cancer.

Another study found a strong and significant inverse relationship between the quality of diet and BRCA-associated risk of breast cancer. Those with BRCA mutations who had high intakes of diverse fruits and vegetables had a significantly lower risk of developing breast cancer.

Lifestyle changes may slow, stop, or even reverse the progression of early-stage prostate cancer. Many experts believe that what’s true of prostate cancer may also be true of at least some forms of breast cancer, although not necessarily those with the BRCA mutation.

These comprehensive lifestyle changes may beneficially change gene expression in over 500 genes in only three months—upregulating genes that are protective, downregulating genes that promote illness, particularly the RAS oncogenes that promote prostate cancer, breast cancer, and colon cancer. But there is no evidence proving that lifestyle changes directly affect the expression of BRCA genes.

These lifestyle changes may increase telomerase and lengthen telomeres, the ends of our chromosomes that control aging on a cellular level. Telomeres usually shorten as we get older, and as our telomeres get shorter, the risk of premature death from many forms of cancer (including some forms of breast cancer), heart disease, and dementia increase.

Whether or not someone chooses to have a prophylactic mastectomy, changing diet and lifestyle may reduce the risk of developing breast cancer. And in comparison to removing both breasts, it’s hard to view changing lifestyle as a radical intervention. Lifestyle changes may help reduce risk, but no study has shown that lifestyle changes alone can eliminate the risk of breast cancer, especially in those carrying the BRCA mutation.

According to Dr. Laura Esserman, Director of the UCSF Carol Franc Buck Breast Care Center, “If someone from a BRCA family wants to do everything they can do to avoid the fate many of their relatives may have faced, diet and lifestyle should be as much a part of their strategy as prophylactic surgery. Some women will want to do all they can, some will pick and choose among the risk-reducing options. But diet and lifestyle will improve their health in many other ways, not just reduce their risk of cancer, so it ought to be part of any choice going forward.”

No one has all the answers, so whatever a woman who has the BRCA mutation chooses to do requires courage and an element of faith. And a lot of love and support.

Dean Ornish is Founder and President of the non-profit Preventive Medicine Research Institute and Clinical Professor of Medicine at UCSF. He is the author ofThe Spectrum and five other bestsellers. He is a leading researcher in how comprehensive lifestyle changes may reverse heart disease and other chronic illnesses without drugs or surgery and may even begin to reverse aging at a cellular level. 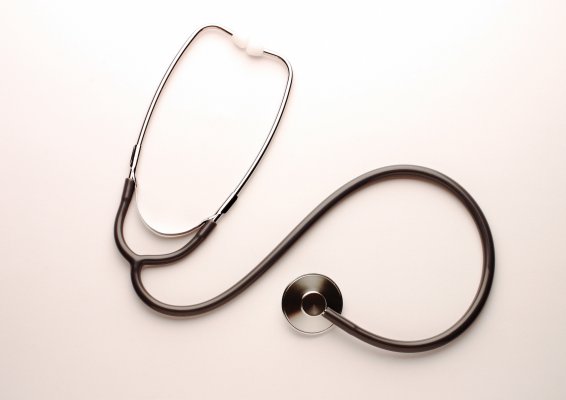 How Obamacare Has Changed My Hospital
Next Up: Editor's Pick