Doctors testified on Wednesday that Clayton Lockett, a death row inmate seen here in this June 29, 2011, file photo, likely suffered during his prolonged execution on April 29, 2014.
AP
By Josh Sanburn

That’s how one doctor assessed what Clayton Lockett experienced as he was put to death, in a federal court hearing Wednesday that will determine whether the state can once again resume executions in January.

Lockett, a convicted murderer who shot a 19-year-old woman and had her buried alive, was put to death with a three-drug combination on April 29. He reportedly writhed on the execution table and appeared to speak and regain consciousness during the process.

Since then, several grisly details have emerged about what went wrong, problems that likely arose due to poorly trained executioners and the use of a sedative that may not adequately put inmates to sleep.

On Wednesday, anesthesiologist David Lubarsky testified that midazolam, a sedative increasingly used by states as other drug sources have dried up, should not be used on inmates because it doesn’t render them fully unconscious. Lubarsky said the injection of vecuronium bromide, a muscle relaxer, would’ve likely felt like “liquid fire” because Lockett wasn’t properly knocked out.

Joseph Cohen, a forensic pathologist hired by Lockett’s lawyers to perform an autopsy following the lethal injection, also testified that he believed Lockett was conscious during the execution and confirmed that he found multiple puncture wounds on Lockett’s body where executioners attempted to insert IV lines.

Death row inmates in Oklahoma are seeking a federal court ruling to delay their upcoming executions, arguing in part that the state’s three-drug protocol used on Lockett violates the Eighth Amendment’s ban on cruel and unusual punishment. 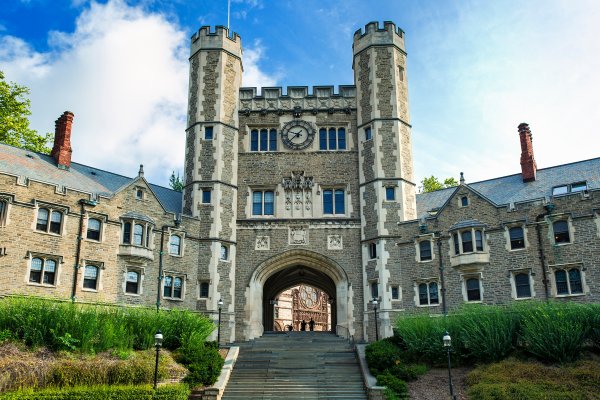 3 New Sexual Assault Allegations at Princeton
Next Up: Editor's Pick