U.S. President Barack Obama speaks to the nation about normalizing diplomatic relations the Cuba in the Cabinet Room of the White House on Dec. 17, 2014 in Washington, D.C.
Getty Images
By NBC News

The new survey of 250 Latino adults shows that 57% now say they approve of the job that Obama is doing, compared with 47% of Latino voters who said the same in September, before the immigration announcement.

And, when asked if they approve of how Obama is handling the issue of immigration specifically, 56% give the president a thumbs up… 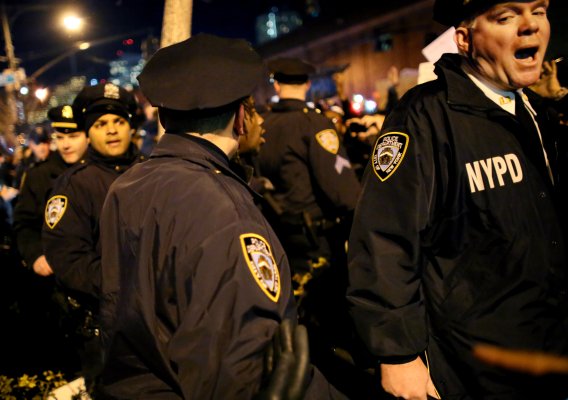 How Broken Windows Policing Puts Fewer Men in Prison
Next Up: Editor's Pick