Obama Tells America to 'Go to the Movies'

In an interview with ABC News that aired Wednesday, President Barack Obama addressed the recent cyber attack on Sony Pictures Entertainment. He recognized the severity of the situation, but suggested people still go to the movies.

“Well, the cyber attack is very serious,” Obama said. “We’re investigating it. We’re taking it seriously. You know, we’ll be vigilant. If we see something that we think is serious and credible, then we’ll alert the public. But for now, my recommendation would be that people go to the movies.” Moviegoers, however, won’t be able to see the film believed to be at the center of it all: The Interview.

Unknown hackers recently broke into Sony’s computer system and released sensitive information: emails, Social Security numbers, salary figures, projects in development, etc. It was thought to be a move against Sony’s Kim Jong-un-assassination comedy, The Interview. On Tuesday, that thought was confirmed. The hackers threatened a 9/11-style attack against those going to see the film, prompting Sony tocancel its release. Shortly after, it was revealed that the North Korean government was “centrally involved” in the attack. 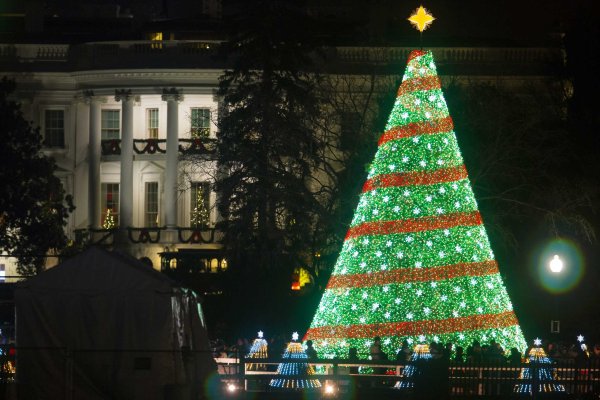 Read the White House Holiday Poem for 2014
Next Up: Editor's Pick