There Are 53 Drugs That Could Treat Ebola

A container holds a Peptide that contains a potential new drug candidates for testing against a part of Ebola that is vulnerable to drugs, at the University of Utah on Oct. 14, 2014 in Salt Lake City.
George Frey—Getty Images
By Alexandra Sifferlin

Scientists have identified 53 existing drugs that could be effective in fighting Ebola, according to newly published research.

There is currently no vaccine or drug available to treat the disease, which is one of the primary reasons the virus has been able to infect 18,603 people so far, and kill 6,915. A vaccine is undergoing clinical trials in humans, but a drug to treat people who already have the disease is critically needed. The experimental drug ZMapp has been used on a handful of Ebola patients, but resources of it are exhausted and it has not undergone adequate testing.

Running against the clock, some groups of scientists have decided that one of the most efficient ways to go about tackling the task of developing and distributing an Ebola drug is by screening drug compounds already available to see if any of those compounds could be used to create an effective drug.

In a new study published in the Nature Press journal Emerging Microbes and Infections, researchers at the Icahn School of Medicine at Mount Sinai and the National Institutes of Health (NIH) said they’ve identified 53 promising drug compounds. The team used high speed technology to scan through a library of 2,816 U.S. Food and Drug Administration-approved compounds already used for other ailments. Their method, which uses a virus-like particle that contained Ebola proteins, was calibrated to identify drugs that could prevent Ebola from infecting human cells by 50%.

Among these 53 promising compounds are ones used in cancer drugs, antihistamines, antibiotics, and antidepressants.

The compounds will be tested in animals to see what effects they have on Ebola, as well as their side effects. If a drug is proven both safe and effective, the government may use it in Ebola zones.

As TIME reported in October, scientists at Emory University Hospital are taking a similar approach to their library of 10,000 drug compounds. They think it’s possible Ebola could be treated similarly to the the treatments they’ve developed for viruses like HIV and Hepatitis C. 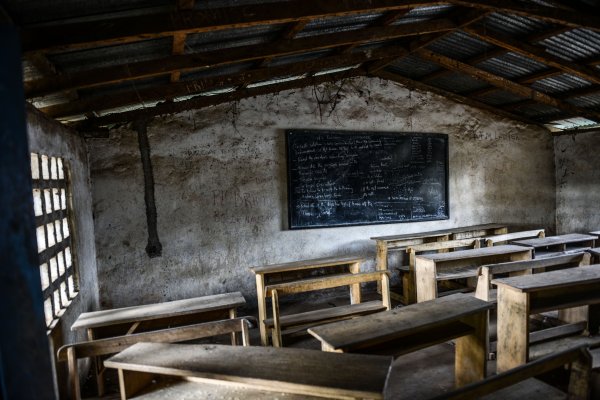 5 Million Kids Aren't In School Because of Ebola
Next Up: Editor's Pick