BlackBerry’s new BlackBerry Classic, unveiled Wednesday, looks just like the BlackBerry your dad used to use — and that means your dad’s going to love it.

These days, most smartphone makers have ditched hardware keyboards in favor of bigger touchscreen real estate. But that doesn’t mean everybody wants touchscreen keyboards. I can’t tell you how many times I’ve heard business-types in particular lament over their long-lost BlackBerry and its keyboard, like the BlackBerry Bold above to the right.

That means the long-flagging BlackBerry has an opening, however small, to differentiate itself from Apple, Samsung and its other competitors by going long on the keyboard for customers who want one. That’s exactly what it’s doing with the Classic, seen above left, which it’s is pitching as a no-frills, all-business communications machine that’s comfortably similar to your old BlackBerry.

“BlackBerry Classic is the powerful communications tool that many BlackBerry Bold and Curve users have been waiting for,” said BlackBerry CEO John Chen in a statement that sounds like it’s meant for people who fondly reminisce over their BlackBerry days. “It’s the secure device that feels familiar in their hands, with the added performance and agility they need to be competitive in today’s busy world.”

The BlackBerry Classic boasts a 1.5GHz Snapdragon processor, 2 gigs of RAM, 16GB of storage that’s expandable to 128GB and two cameras, an 8MP in the back and a 2MP up front. Those aren’t the most impressive specs, but if you’re the kind of smartphone buyer who just needs an email and text machine, they’ll do just fine. And while the Classic may be a step backwards innovation-wise from the interesting (if a little weird) BlackBerry Passport seen above in the middle, that’s exactly the point. BlackBerry’s past may just be its future. 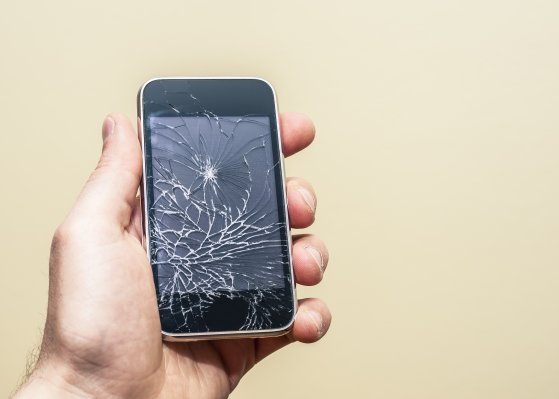 Here's How to Fix Your Cracked iPhone Screen
Next Up: Editor's Pick