Astronaut: The Age of Asteroids? Boooooring…

It is the Age of Asteroids, claims a recent story in The New Yorker. The author of the piece, Jonathan Blitzer, reports from an asteroid summit at London’s Science Museum where attendees discussed, among other things, a worldwide campaign to identify and deflect Earth-bound asteroids and a declaration to adopt June 30, 2015 as a “Global Asteroid Day.” Because, really, why not? He reports on non-U.S. countries with robotic missions to study asteroids, and on billionaire-funded private companies formed to mine asteroids, extracting both valuable minerals and water—which could be used to manufacture rocket fuel (hydrogen and oxygen).

The president and chief engineer of one of these companies, writes Blitzer, “likens asteroid mining to the California gold rush and the exploration of the American West,” claims “government ability lags behind that of pioneers” and boasts that his cell phone has more capability than the 20 year-old computer currently on the Curiosity rover on Mars. Says one space law expert quoted in the piece,“Think of asteroid mining this way: it’s the Internet in 1986.” Blitzer himself takes it a step further. “Asteroids,” he writes, “fill an existential void.”

At which point I had to say: What?

If we’ve arrived at the age of asteroids we’ve arrived as much by bureaucratic short-sightedness and blundering as anything else. Before 2009, NASA was aggressively pursuing the Constellation program, whose goal was to keep the gap between retirement of the Shuttle and the return of U.S. human launch capability to just two to three years, to return the U.S. to the moon by 2020, and to use the lunar surface as a training ground for more ambitious trips to Mars by 2030.

After taking office, President Obama ordered the elimination of projects that required heavy lift rockets, and that essentially shut down the Constellation program. But pressure from Congress forced the White House to continue funding the Orion capsule and to fund a new heavy-lift vehicle, looking nearly identical to Constellation’s heavy-lift Ares V and prosaically called the Space Launch System (SLS). Now the only thing missing was a mission.

If you cancel plans to go back to the moon and onto Mars, but Congress recognizes that not having a human exploration program in the U.S. is just all around bad, where do you go? At first there was a move to go to a Lagrangian Point, which is just what it sounds like: a point in space—one where the gravity of the Earth, moon and Sun neutralize one another, allowing objects essentially to hang in place. An interesting astrophysical exercise and potentially useful as a part of a broader exploratory program, but as a destination? Meh. Boring.

So the asteroid mission landed on the table. We would send American astronauts to an asteroid to study it and by doing that, learn how to deflect potential Earth-killing asteroids and end forever the Hollywood fascination with that doomsday scenario. Only there were no asteroids close enough for a crew to reach safely.

So we’d send a robotic mission out to bag an asteroid, literally, and drag it back to the Earth-moon ‘hood and then send astronauts out to study it. The obvious eye-rolling questions aside, the significant question was—then what? So Mars went back on the planning table, at least rhetorically. According to NASA, the asteroid mission is a step to Mars. It’s just not clear how that’s going to work.

Private companies like the asteroid plan, whether NASA does it or not. There are mineral riches to be exploited out there, and the industrial sector can do the job better than NASA since they won’t be hamstrung by politics and government inefficiencies.

It is an absolute fact that bureaucratically unchallenged private companies can be more nimble and efficient in procurement strategies and possibly design approach. But they will find that designing for environments much harsher than the pocket in which the company president keeps his cell phone is not so easy. And oh by the way, building all of the capability to get to an asteroid, land on it, deliver the required hardware for mining, get the product home, or send, build, maintain and operate a fuel processing facility on an asteroid is hard. Way hard. The kind of hard that takes some serious coin and a very patient group of investors willing to wait out the return on the capital they’ve sunk into the enterprise. One company at the asteroid summit was on the verge of starting its long-term mining mission with the launch of a satellite about the size of a loaf of bread—until the launch vehicle carrying the satellite exploded.

NASA, for its part, just successfully demonstrated a flight of the Orion capsule, and though the capsule had no systems on board that would support crew and only demonstrated the heat shield at 80% of the velocity the spacecraft would attain returning from the moon, it is nonetheless a testament to the hard work of a lot of engineers and workers who had to build a vehicle in the absence of clear mission goals. And now NASA claims this is also the first step to Mars.

But first, as the agency’s stated mission, we apparently need to go to an asteroid.

I don’t know if asteroids “fill an existential void” so much as create an existential crisis. We need to find them, we need to move them, mine them, and exploit them, all in the name of doing what is easier than going to Mars. I recently heard a radio interview with a man who was mixing fancy Christmas drinks. He said, “it’s not rocket science. You put good stuff in, and you get good stuff out.” Well that is, in fact, what makes good rocket science—but first you have to put good stuff in.

So welcome to the dawning of the “Age of Asteroids.” The punch line, the hash tag, the sound bite of today’s U.S. space program.

Marsha Ivins is a retired astronaut. She flew aboard five shuttle missions for a combined 55 days in space. 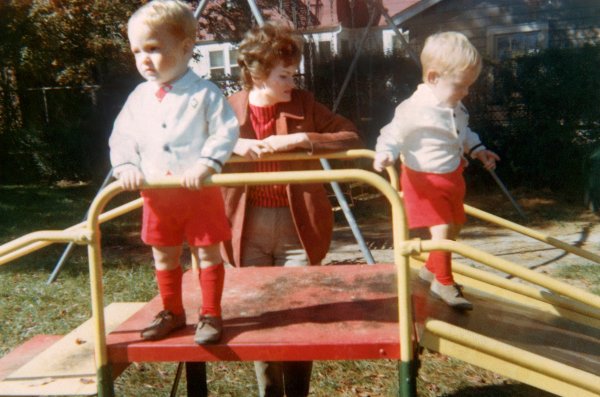 Astronaut Twins: Mark and Scott Kelly, the Early Years
Next Up: Editor's Pick