The dispute over the deal prompted the Socialist People’s Party to quit the prime minister’s center-left coalition earlier in the day, Reuters reports. “It has been a dramatic 24 hours,” Socialist Party leader Annette Vilhelmsen said as she made the announcement. “We do not wish to be part of a government at all costs.”

The deal allows a group of investors headed by Goldman Sachs to buy an 18 percent stake of Dong Energy for $1.5 billion, as part of a broader restructuring that will cut the utility’s costs, reduce debt and increase energy investments, according to Bloomberg.

The sale proved especially divisive because of a provision that would give Goldman Sachs veto powers in key areas like management changes. It was opposed by 68 percent of Danes in a recent poll, and thousands of protesters assembled outside the Danish parliament building on Wednesday.

Vilhelmsen had expressed optimism Wednesday she could unite her party around the prime minister’s plan, but was unable to overcome a staunch opposition. Vilhelmsen also said she will be resigning as the party’s leader.

The withdrawal of the Socialist People’s Party from the governing coalition is a major blow for Thorning-Schmidt. She’ll hold on to power for now, since the Socialist party will continue to support the government from outside the coalition, according to Vilhelmsen.

But a poll released Friday indicates that 54 percent of Danes believe the prime minister has been weakened by the Socialists’ exit.

“The Goldman angle will be forgotten in a few weeks time,” Jens Hoff, a political science professor at University of Copenhagen told Bloomberg. “What remains will be that the Socialist People’s Party left the government.” 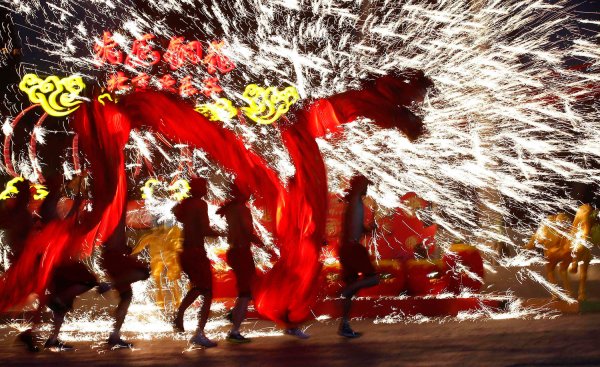 The Year of the Horse: Chinese New Year Celebrations Around the World
Next Up: Editor's Pick