She cited a 2011 survey from California’s Center for Economic and Policy Research that found that, after California implemented paid leave, 91% of businesses said the policy had either a positive effect on profitability, or no effect at all. Wojcicki, who was the first Google employee to go on maternity leave and now runs YouTube, which is owned by Google, says she’s seen this firsthand:

As Wojcicki notes, paid maternity leave can reduce risk of post-partum depression, keep babies healthy, and encourage mothers to stay in the workplace, yet only 12% of private workers and 5% of low-income workers in the U.S. have access to these benefits. Every other developed nation in the world has government-mandated paid maternity leave, and when the UN‘s International Labor Organization surveyed the maternity leave policies of 185 nations, the U.S. was one of two countries that don’t guarantee paid maternity leave. Papua New Guinea is the other.

She wants America to get cracking on paid maternity leave, stat. 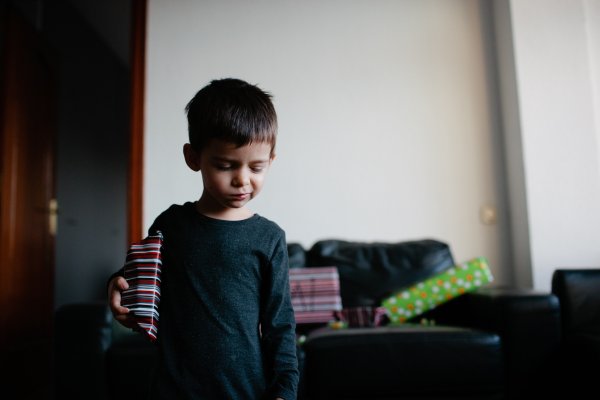 What to Say to Your Kids When Holidays Aren't Happy
Next Up: Editor's Pick