The three Cuban-American senators bashed the Obama Administration’s decision to release three Cubans held by the United States on the same day Cuba released an American contractor it had held for years.

New Jersey Democratic Senator Robert Menendez slammed the Administration, calling it an “asymmetrical trade”—a description the Administration rebuts—that “sets a dangerous precedent” and will “invite further belligerence toward Cuba’s opposition movement and the hardening of the government’s dictatorial hold on its people.”

“It invites dictatorial and rogue regimes to use Americans serving overseas as bargaining chips,” said Menendez, the outgoing chairman of the Senate Foreign Relations Committee, in a statement. “I fear that today’s actions will put at risk the thousands of Americans that work overseas to support civil society, advocate for access to information, provide humanitarian services, and promote democratic reforms.”

Menendez added that Alan Gross, who was providing satellite communications equipment to the island’s Jewish population, should have been released “immediately and unconditionally” when he was captured five years ago. Florida Republican Sen. Marco Rubio, who along with Menendez and Texas Republican Sen. Ted Cruz are the only senators with Cuban roots, criticized the trade for legitimatizing the Cuban narrative about Gross’ work in Cuba, as the three Cubans the U.S. released were prosecuted in court on espionage charges. Cuba also released an unnamed U.S. intelligence asset who has been imprisoned for 20 years.

The Administration announced Gross’ release as part of a major shift to normalize full diplomatic relations with President Raúl Castro’s government after they were largely cut off fifty-three years ago. A senior Administration official said the U.S. embassy would open “as soon as possible” in Havana and that the Administration would authorize expanded exports and imports from Cuba. U.S. credit and debit cards will also be permitted for use in Cuba for the first time, among other changes. Rubio and Cruz ripped the moves, which the Administration touted were historic.

“The President’s decision to reward the Castro regime and begin the path toward the normalization of relations with Cuba is inexplicable,” said Rubio in a statement. “Cuba, like Syria, Iran, and Sudan, remains a state sponsor of terrorism…Appeasing the Castro brothers will only cause other tyrants from Caracas to Tehran to Pyongyang to see that they can take advantage of President Obama’s naiveté during his final two years in office. As a result, America will be less safe as a result of the President’s change in policy.”

“Fidel and Raul Castro have just received both international legitimacy and a badly-needed economic lifeline from President Obama,” added Cruz. “We have seen how previous Obama Administration attempts at rapprochement with rogue regimes like Russia and Iran have worked out, with our influence diminished and our enemies emboldened. Now they are revisiting this same disastrous policy with the Castros, blind to the fact that they are being played by brutal dictators whose only goal is maintaining power. And if history be our guide, the Castros will exploit that power to undermine America and oppress the Cuban people.”

Not all senators were so critical of the Administration. After Gross’ release, Maryland Democratic Sen. Barbara Mikulski called Wednesday “a new day and a monumental breakthrough.” Illinois Democratic Sen. Dick Durbin told the Washington Post that the White House and the Vatican had been trying to ensure Gross’ release for more than a year and praised the Administration for attempting to patch U.S.-Cuba relations.

“I think most will acknowledge that our foreign policy for over half a century has not been successful,” said Durbin.“We had hoped by excluding Cuba and pressuring Cuba that the regime would change and it never happened. I think this opening the door to free travel and trade and exchange of realities is going to have a more positive impact in changing Cuba than 50 years of foreign policy.” 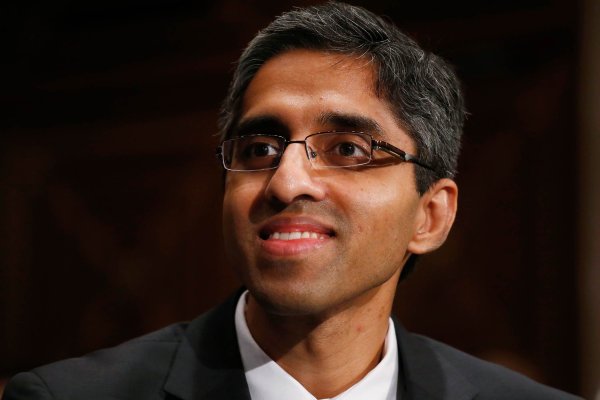