In the television business, there’s a lot of focus on the individualization of the media landscape. Nielsen recently noted “today, content is delivered and consumed through competing delivery platforms, networks and screens. Never before have we seen this level of fragmentation.” Amid this talk of fragmentation, there’s the undercurrent of individualism: everyone wants to experience media in their own way, on their own time. But is this individualism really what will drive media consumption in the future? I think not.

What will drive media consumption in 2015 and beyond is the opportunity media offers to be a part of a larger community.

Human beings are social animals. From the time our earliest ancestors walked the earth, they gathered together and told stories around the fire. More recently, we’ve gathered around the television to share our collective experience. For more than a half century, the box in the living room has served as our electronic hearth. It has given us a place to congregate during moments of triumph and moments of tragedy. Now, we’re gathering around iPads and Xboxes and computer screens. But people are still driven by those same social instincts.

The brands that will do the best in 2015 will recognize this human need to be a part of something larger than themselves, to participate in a bigger community.

Bringing people together to build community isn’t new, but it’s certainly a growing business. I think it’s safe to say that when Tina Brown leaves to run a live-events business, there’s something going on. Attendance at live conference events is growing exponentially. Last year, more than 130,000 people attended ComicCon in San Diego. Conferences “promoting women’s empowerment are on the rise.” And of course, there’s SXSW, which has meant big business for the Austin area, with an estimated $1 billion economic impact over the last five years alone. That’s because people want to come together, to interact with others who share their passion.

This has real implications for the media business. Media companies are seeing tremendous growth by bringing people together and convening conversations in real time.

The Atlantic has revitalized their brand and repositioned the organization into a multimedia force. But I think it’s important to note that one of the areas that has really driven this success is their live events. The Atlantic started hosting live events in 2006; today, it puts on some 125 of them a year under the AtlanticLIVE brand. The live events have been so successful they now account for close to one-fifth of the Atlantic’s overall revenue.

Or consider the one category of television viewership that’s been on an unparalleled growth track: live sporting events. In 2014, over one billion people watched the Super Bowl. Why? Some of these viewers probably weren’t even fans of either team. Instead, people tuned in because the Super Bowl is a communal experience, a cultural touchstone, a chance for people to come together and share something with each other.

The multiplicity of media platforms offers more opportunities for these social experiences, not less. Consider the data around PBS’s flagship fall program, Ken Burns’s THE ROOSEVELTS. For the first time ever, we released all fourteen hours of the program for digital and over-the-top (OTT) streaming the morning after the TV broadcast premier. Some people worried that releasing these programs before they aired on television would lead to decreased viewership, because people could then watch when and how they wanted. But in fact, we saw the opposite- people were using the streams to catch-up on their viewing, so that they could watch the broadcast as it aired. More than 33 million people watched THE ROOSEVELTS during the 7 days it aired on PBS stations. People didn’t want to just watch it on their own, they wanted to be able to participate in the larger conversation around THE ROOSEVELTS event as it happened.

Social media is an important multiplier for this community building. Not only can it promote a television program, it can also foster inclusive discussion and debate. Our recent broadcast of the “AMERICA AFTER FERGUSON” town hall examined the issues raised after the shooting death of Michael Brown. To build on the town hall program, live on-screen tweets were incorporated as part of the broadcast. The results were beyond our expectations. #AfterFergusonPBS was a #1 trending topic on Twitter during and after its broadcast. The program also ranked in Nielsen Social’s Daily Top 5 ranking for series and specials. This means that people were using social media to engage in a national conversation around the important topics raised in the town hall.

So here’s my prediction: in 2015, forward-looking companies will increasingly focus on building communities. Mass media will return to its social roots. Successful companies will leverage the power of new platforms to build online and live communities, bringing people together to share in experiences and events. Amid all of the choices in the media landscape, people will still be driven by the human urge to participate in something bigger than themselves, and the companies that will flourish will build on this.

This Influencer post originally appeared on LinkedIn. Paula Kerger shares her thoughts as part of LinkedIn’s Influencer series, “Big Ideas 2015” in which the brightest minds in business blog on LinkedIn about their predictions on ideas and trends that will shape 2015. LinkedIn Editor Amy Chen provides an overview of the 70+ Influencers that tackled this subject as part of the package. Follow Paula Kerger and insights from other top minds in business on LinkedIn. 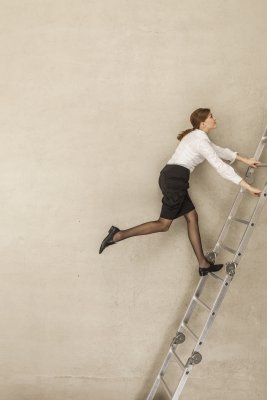 Big Idea 2015: Employers Get Flirty (and Some Will Play Dirty)
Next Up: Editor's Pick