Martina Navratilova and her longtime partner Julia Lemigova were married in New York City on Monday, the couple confirmed to the BBC.

Speaking to the news service shortly after the ceremony, Lemigova admitted she was “overwhelmed,” while Navratilova said her new status felt “just really odd.”

“I’m 58 years old, I got married for the first time – it’s about time, right?” said Navratilova, who began dating Lemigova in 2006. “Growing up as a gay woman you just don’t ever think about that, and then I thought, about 10 years ago, ‘You know, I think within 10 years gay marriage will be legal.’ And here we are, 10 years later, making it legal.”

Navratilova proposed during the U.S. Open last September, in a moment that was telecast on the Jumbotron at New York’s Arthur Ashe stadium.

The tennis legend was being interviewed in the Tennis Channel suite when she turned to Lemigova and said she would be asking the questions this time. Navratilova got down on one knee and offered her a diamond-studded ring.

“Originally it wasn’t the idea to do it at the U.S. Open, on the Jumbotron and all that, but then it was, ‘Why not? I’ve seen it in movies!’ ” Navratilova told PEOPLE afterward. “And it all came off, everything worked out perfectly!”

“I was so overwhelmed and completely surprised,” Lemigova told the BBC. 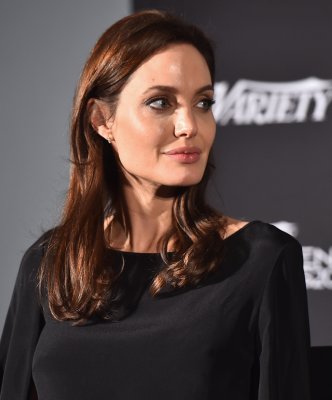 Angelina Jolie Hires Experts to Protect Her Kids Online
Next Up: Editor's Pick