Spoiler Alert! Who Is the Season 7 Winner of The Voice?

The stage lit up as Jennifer Hudson and Jessie J serenaded the crowd with number one hits during The Voice Season 7 finale Tuesday night, but all eyes were on the four finalists who sang beside them, battling it out to win the competition.

Matt McAndrew, Damien Lawson and Chris Jamison of Team Adam Levine and Craig Wayne Boyd of Team Blake Shelton sang their hearts out from the start of the blind auditions down to the moment the winner was revealed.

In the end, only one star could walk away with The Voice title and it was Craig Wayne Boyd from Team Blake.

Boyd, the 35-year-old singer from Nashville, Tennessee, hooked the country’s vote and proved he had what it took to become America’s next musical superstar after belting “Sweet Home Alabama” on stage with the iconic Lynyrd Skynyrd.

“There has never been a more deserving person to hold that trophy than Craig Wayne Boyd,” Shelton said after the show as he stood next to Boyd.

On Monday night, Boyd awed America as he performed original song “My Baby’s Got a Smile On Her Face” – gifted to him by his coach.

Shelton had been “carrying the song around in his back pocket for years” not knowing what to do with it, and even admitted that he didn’t record it himself because of the difficulty level.

“You know, looking back, I don’t know if I’m really one of those guys that believes in meant to be’s,” said Shelton, about the song. “This may have been one.” 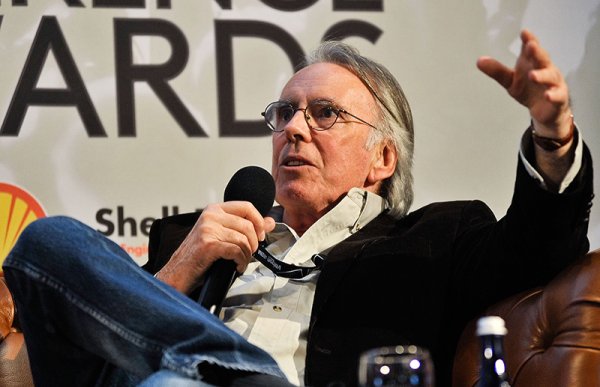