Schoolchildren pray during morning assembly at their school in Shimla, India, on Dec. 17, 2014, as they pay tribute to slain students and staff after an attack on an army school in Peshawar, Pakistan
STRDEL—AFP/Getty Images
By Rishi Iyengar

Amid the horrific massacre at an army-run school in the Pakistani city of Peshawar on Tuesday that resulted in over 140 deaths, mostly of children under the age of 16, the overwhelming support from regional rival India was a silver lining that has briefly lifted spirits.

The two countries generally don’t see eye to eye and have had a bilateral relationship that can be described as fractious at best. But in the aftermath of the Pakistani Taliban’s brutal attack, military posturing and border skirmishes were briefly set aside as India mourned with its neighbor.

Indian news channel NDTV reported that schools across India observed a two-minute silence on Wednesday, expressing solidarity with the victims of the attack. Indian Prime Minister Narendra Modi, who condemned the attack on Twitter soon after the news broke and later telephoned his Pakistani counterpart Nawaz Sharif, also led the Indian Parliament in marking the incident.

The outpouring of shared grief began on Tuesday while the attack was still ongoing, with several Indians posting their sadness and outrage on Twitter as the hashtag #IndiWithPakistan began trending: 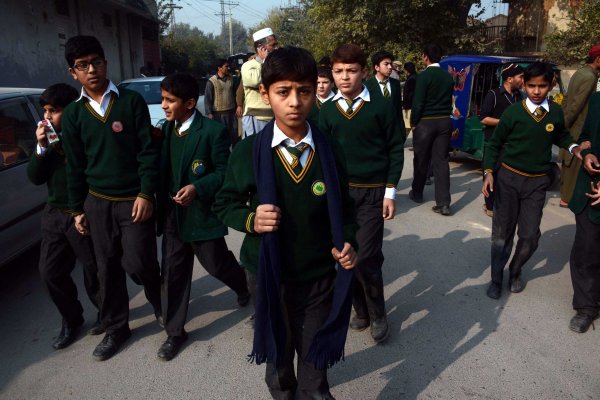 Pakistan's War With the Taliban May Be About to Get Worse
Next Up: Editor's Pick