J.K. Rowling at the Southbank Centre in London in 2012.
Lefteris Pitarakis—AP
By Elizabeth Barber

J.K. Rowling says that there is at least one Jewish wizard in the Harry Potter universe: Anthony Goldstein.

In a Twitter question-and-answer session on Tuesday, one man, Ben Roffman, tweeted that his wife had teasingly told him there were no Jews at Hogwarts, meaning that she was the only one qualified to be “magical” in the family.

Rowling had some words for this Muggle wife: “Anthony Goldstein, Ravenclaw, Jewish wizard.”

The Harry Potter Wiki says that Goldstein was Harry Potter’s classmate and fought with him in Dumbledore’s Army. He was also in good company in a potpourri of religious backgrounds and affiliations represented in the wizardry school. Rowling went on to say in the Twitter exchange that the only people she “never imagined there are Wiccans.” 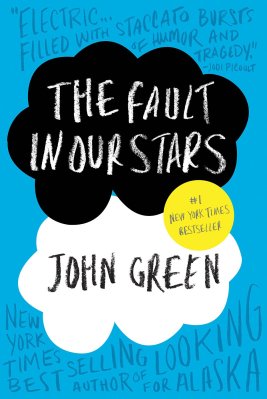 Adult Books Sales Are Down and Young Adult Soars in 2014
Next Up: Editor's Pick