City lights shine brighter during the holidays in the U.S. when compared with the rest of the year, as shown using a new analysis of daily data from the NASA-NOAA Suomi NPP satellite. Dark green pixels are areas where lights are 50 percent brighter, or more, during December.
NASA's Earth Observatory/Jesse Allen
By Jack Linshi

The holiday lights on your roof are so bright they’re visible from space.

NASA said Tuesday that data from a polar-orbiting satellite, in partnership with National Oceanic and Atmospheric Association, shows how cities’ nighttime lights change during the holiday season. From Black Friday until New Year’s, city lights are about 20 to 50% brighter than other times of the year.

“It’s a near ubiquitous signal. Despite being ethnically and religiously diverse, we found that the U.S. experiences a holiday increase that is present across most urban communities,” said Miguel Román, a research physical scientists at NASA Goddard who co-led the research. “These lighting patterns are tracking a national shared tradition.”

Researchers also took a look at holiday lights during the holy month of Ramadan in the Middle East, where nighttime lights shine up to 50% brighter. Scientists discovered some cities were lit more heavily throughout the region, which they attributed to political or cultural differences.

“Even within majority Muslim populations, there are a lot of variations,” said Eleanor Stokes, a graduate fellow at NASA. “What we’ve seen is that these lighting patterns track cultural variation within the Middle East.” 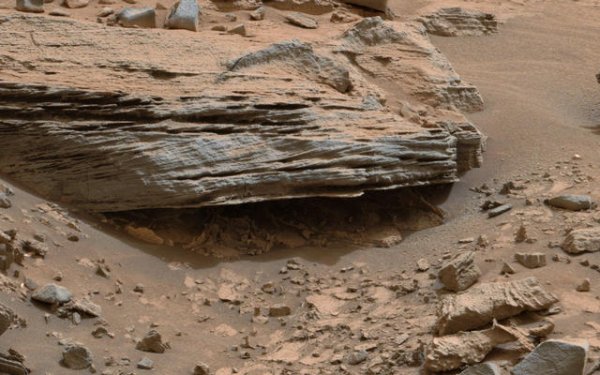 Odds For Life on Mars Tick Up—a Little
Next Up: Editor's Pick