Why Some Antidepressants Make You Feel Worse Before Better

There’s a paradoxical period when a person first starts an antidepressant: they may actually begin to feel worse before feeling better. The underlying cause of this phenomenon is a bit of a mystery, but a new study from researchers at Otto-von-Guericke University in Germany explains why this might occur.

The gap between starting an antidepressant and feeling its positive effects—a time period that’s typically a couple weeks but may last up to a month—can sometimes be characterized by an increased risk for harmful behaviors. Researchers have previously speculated that when a person starts an antidepressant, they may suddenly have a surge of energy they didn’t have before. If that person is suicidal, the effect may provide enough energy to act upon their feelings.

The controversial idea caught on. A decade ago, the U.S. Food and Drug Administration (FDA) issued a “black box” warning—the most stringent of warnings—on all antidepressants warning of possible suicidal thoughts and behaviors. As TIME recently reported, many psychiatrists were (and still are) upset by the label, arguing that it’s led to a drop in antidepressant use among patients. Physicians, fearful of the risks, may also be deterred from prescribing them.

In the new report, published in the journal Trends in Cognitive Sciences, the researchers reviewed several recent studies and found that the issue may stem from an effect of the most commonly prescribed antidepressants: selective serotonin reuptake inhibitors (SSRIs). SSRIs release two chemicals in the brain that kick in at different times, causing a period of negative effects on mental health, the authors report. The first chemical is serotonin, which is released very soon after an SSRI is taken but might not lessen depressive symptoms until after a couple of weeks. The second chemical is called glutamate, which can take a few days longer to be properly released. According to the new study, the serotonin neurons send off a dual signal to the two chemicals, causing the variant time frames for the chemicals, and therefore the problem period.

“There’s a lot you can do [in this period] and it’s important to let patients know that,” says Dr. Donald Malone, chair of the department of psychiatry and psychology at Cleveland Clinic. (Malone was not involved in the new study.) “It doesn’t typically last longer than the first week. But you may need to go down on the dose or switch medications. We’ve always prepared patients for how it can go, and that this was the beginning.”

Depression itself—not an antidepressant—is the greatest risk factor for suicide, and these new findings provide new insight for what patients can expect at the start of their treatment. 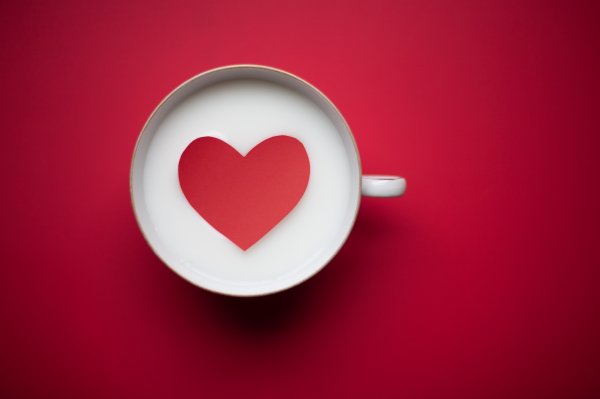 5 Weird Ways Love Affects Your Personality
Next Up: Editor's Pick