Adult Books Sales Are Down and Young Adult Soars in 2014

Book sales are booming, according to statistics released this week by the Association of American Publishers, which showed that in the first three-quarters of 2014, overall book sales increased by 4.9%.

But the real page-turners that flew off the shelves were for children and young adults–those categories increased by a whopping 22.4% from Jan.-Sept. 2013 to the same period in 2014, Media Bistro reports. To put things into perspective, adult fiction and non-fiction sales were down 3.3%.

But this doesn’t necessarily mean that adults stopped reading. They might just be expanding their palates to healthy servings of John Green and other YA heavy-hitters.

Adults reading YA wouldn’t be a new phenomenon. According to a 2012 survey by Bowker Market Research found that 55% of young adult novels are bought by adults — 28% of which are made up of the 33 to 44 demographic. That statistic drew some criticism aimed at YA-loving adults this summer–balanced by an overwhelming wave of pieces defending adults who love the genre.

While the AAP didn’t track who bought what books, it did note that children and young adult ebooks increased a total of 52.7% in the first nine months this year. And a December study by Nielsen found that even though teenagers are tech savvy, only 20% of them buy ebooks and express a strong preference for print.

Although no need to hide The Fault of Our Stars in that Kindle — it’s no 50 Shades of Grey, after all. 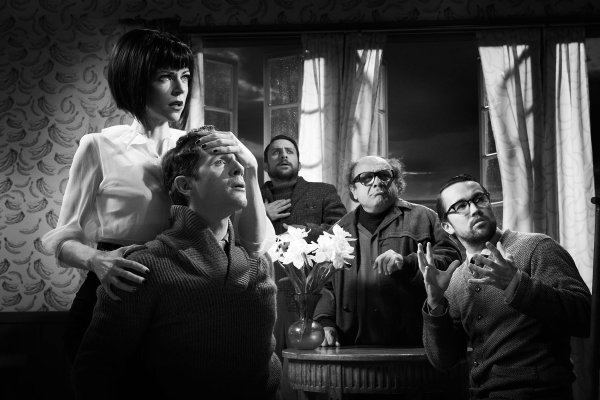 9 Decent Pieces of Advice From the Worst People on TV
Next Up: Editor's Pick