In this Oct. 4, 2012 file photo, large sections of pipe are shown in Sumner, Texas. Republicans are counting on a swift vote in early 2015 on building the Keystone XL pipeline to carry oil from Canada to the U.S. Gulf Coast now that Republicans clearly have the numbers in the Senate.
Tony Gutierrez—AP
By Alex Rogers

Senate Minority Leader Mitch McConnell said Tuesday that the first priority for the new Republican-controlled Senate next year would be to pass a bill authorizing the Keystone XL pipeline, setting up an early confrontation with an Obama Administration hesitant to ignite opposition from its green supporters.

“We’ll be starting next year with a job-creating bill that enjoys significant bipartisan support,” said McConnell.

Alaska Senator Lisa Murkowski, a top Republican on the Energy Committee, said that the bipartisan measure was important as it would “basically set the table” for the new Congress. Both McConnell and Murkowski pledged that the bill would be open for amendments and acknowledged the fear that senators could bring unrelated ones that could sink the bill. Their hope is that most senators would prefer “regular order” instead of tactics that limit rank-and-file members’ influence. Many senators, including some Democrats, grew frustrated with Senate Majority Leader Harry Reid for limiting the amendment process to protect vulnerable members of his party during the midterm cycle.

Authorizing the Keystone XL pipeline has been a dream for senators from the Great Plains to the Gulf of Mexico. In her failed reelection bid, Louisiana Democratic Senator Mary Landrieu fell one vote short of rallying enough of her fellow Democrats to pass the bill a few weeks ago.

The 1,179-mile pipeline has been blocked for years despite a State Department report concluding that it would not have a significant effect on greenhouse gas emissions. But study also found that it would create a small number of permanent jobs—around 50—and was published before a dramatic drop in oil and gas prices that could boost environmentalists’ opposition of the pipeline. The Keystone pipeline’s fate could also be taken out of Congress’ hands entirely, depending on a Nebraska court case that could alter its path down the heart of the country. 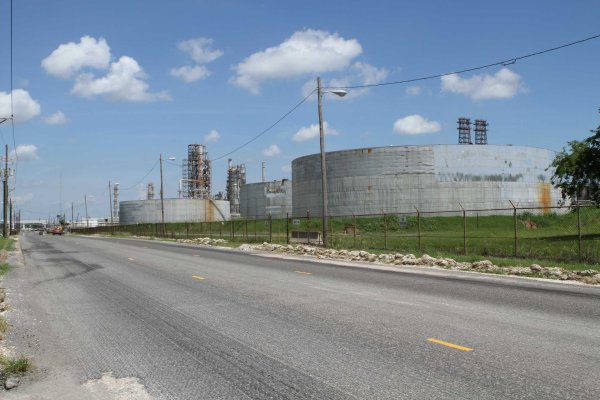 Boom in Natural Gas Will Lead to More Greenhouse Gases
Next Up: Editor's Pick