Here's Why You'll Pay Less for Your Wireless Plan Next Year

T-Mobile President and CEO John Legere speaks at a news conference at the 2013 International CES at The Venetian on January 8, 2013 in Las Vegas, Nevada.
David Becker—Getty Images
By Kevin Kelleher

This hasn’t exactly been a banner year for wireless carriers’ stocks. While the S&P 500 Index has risen 8% this year, AT&T and Verizon, which together control about 83% of the wireless market, are down 8%.

The two companies have fared especially poorly in the last month: AT&T is down 10% and Verizon is down 12%, while the S&P is down only 2%. The reason is one that may delight consumers and concern investors: A price war, in which rivals cut prices to steal market share from one another, has broken out among carriers, and it’s only likely to get more intense next year. The longer a price war endures, the more choice consumers will have, though it means financial pain for carriers.

“What we’re seeing is a pretty exciting period here at Verizon Wireless,” he said at an investors’ conference, “where we saw an increase in the activations but we’re also seeing some increase in the churn as well.”

Churn, which measures customer attrition, is a scourge to companies that rely on subscribers because it can signify customer dissatisfaction or the impact of rivals’ lower prices. A recent survey by Consumer Reports suggests customer satisfaction is comparable among AT&T, Verizon and T-Mobile (not so much Sprint, which is having issues in upgrading its network). In previous surveys, Verizon had a clear lead and T-Mobile had lagged. That’s a sign Verizon owes its churn problem to competitors’ lower prices.

Still, Verizon’s Shammo argued that talk of a price war was overstated and that “the revenue of the industry . . . has come down slightly but not as much as everybody is making it out to be.” The market disagreed. Verizon’s stock fell 4% as Shammo made his comments. Two securities firms downgraded Verizon’s ratings, while two others lowered their price targets for the stock.

It didn’t help that at another investment conference that same day, AT&T CFO John Stephens was saying something similar in starker terms.

“The current impact — the current environment is impacting churn,” said Stephens. “In fact, we expect postpaid churn to be higher than it was in the year ago fourth quarter. This will impact fourth-quarter adjusted wireless margins.”

That’s especially good news for T-Mobile, which, under the banner of the “uncarrier,” has run promotions that remove two-year lock-ins and data caps and offer lower-price plans to steal customers away from its bigger rivals. AT&T and Verizon have responded with their own lower-priced plans, but the advantage seems to be going T-Mobile’s way.

Last week, T-Mobile CEO John Legere boasted to the Wall Street Journal that it’s taking in more customers than it’s losing, meaning it isn’t being hit by the same churn striking Verizon or AT&T. T-Mobile upped the ante yet again Tuesday with its eighth “uncarrier” promotion, which lets users roll over unused LTE data from one month into the next for free. Mobile carriers once offered similar roll-over offers for phone calls when it became clear that data networks were displacing voice calls, but until now data plans had no such perk.

None of this means T-Mobile and Sprint’s investors are necessarily any happier than those who own AT&T and Verizon stock. In fact, they’re probably less happy. T-Mobile’s stock is performing as badly as Verizon and AT&T’s this month, and year to date it’s down 26%. T-Mobile is pursuing subscriber growth and revenue with its low prices, but that strategy pushes down profits — the “uncarrier” has posted a loss for three of the last four quarters. Sprint’s stock is doing even worse: It’s down 62% so far this year.

From the looks of things, the carriers’ fierce competition may continue into 2015. This month, Sprint began offering to halve the monthly bills of AT&T and Verizon subscribers who switch to similar plans on Sprint. Not to be outdone, T-Mobile offered an unlimited data plan with two lines for $100 a month.

Verizon’s Shammo predicted the price war will pass in a matter of months. “I think that things will settle down in 2015,” he said at the UBS conference. “Some of this is just temporary promotion-type stuff to stimulate some growth . . . You can’t do that long term. You can do that for a quarter or two, but then you have to get realistic.”

There’s reason to think that may not happen. When price wars break out, investors often watch who is gaining market share and revenue. Right now, that’s T-Mobile, despite its struggling performance on Wall Street. Its CEO has taken on activist shareholders in the past and has the grit to do so again. As for Sprint, investors may come to see that fighting on price may be the best option as long as customer satisfaction remains low.

At the same time, niche carriers are beginning to win over some customers as well. In Consumer Reports’ recent ranking of carriers, the two clear winners were tiny ones: Consumer Cellular and Ting, both of which ranked high on value and network quality. Last quarter, according to Cowen & Co., smaller carriers like them made up 5.2% of the postpaid mobile market, up from 4.2% only a quarter before.

For subscribers weary of having only two comparably priced mobile carriers to choose from, price competition from smaller players is welcome, even if network quality has long been an issue. When industries go from being uncompetitive to more competitive, there is often a period of declining margins across the board as consumers are given a broader range of choices.

The current price wars are coming at a time when carriers need to bid on costly spectrum auctions and spend money upgrading their networks. That suggests a tough time ahead for wireless carriers and their investors in the short term. But if price competition becomes a long-term phenomenon, it could eventually bring big returns for whichever companies emerge as the victors. 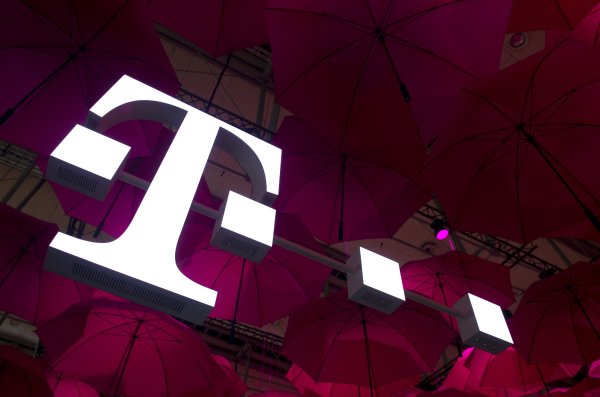 T-Mobile Now Lets You Roll Over Your Unused Data
Next Up: Editor's Pick