The Simpsons Make It to 25 Years

It was 25 years ago Wednesday that America first met The Simpsons for real. Sure, some folks had seen a rough version of the family during sketches on The Tracey Ullman Show. But Dec. 17, 1989, marked the first actual episode, a dedicated time of the week for Homer, Marge, Bart, Lisa and Maggie to enter Americans’ living rooms.

It’s been quite a ride since then, with the show becoming such a cultural touchstone that TIME’s James Poniewozik called it “The Best TV Show Ever” in 1999. In the decade between the premier and that declaration, it transformed from a show about trouble-making Bart into what was really a show about Homer, America’s lovable oaf of a dad—and, of course, about the entire universe of characters creator Matt Groening brought to Springfield.

Twenty-five years and more than 550 episodes later, true fans know The Simpsons has long since passed it’s prime (it went downhill after season nine). But with its 26th season underway, the 25th anniversary is a fitting time to take stock of its unprecedented staying power.

Marking the show’s 100th episode in 1994, TIME’s Richard Corliss noted some of the things that make the show special, and they’re just as fitting today. Here’s just one of them:

Read the rest here, in the TIME Vault: Simpsons Forever! 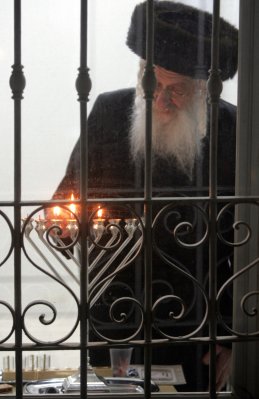