The track — called “Lampshades On Fire” — sounds like classic Modest Mouse, all complex layering, staccato vocals and Johnny Marr’s jangly guitar riffs. It will certainly appeal to fans of the band’s 2000 release, The Moon and Antarctica, and will fit in nicely next to “Float On” on any college rock playlist.

The track is the lead single to Modest Mouse’s new album Strangers To Ourselves, which is due out March 3 on Epic Records. It will be the band’s first release since 2009’s B-side collection No One’s First and You’re Next EP and their first full-length album since 2007’s We Were Dead Before the Ship Even Sank. While fans had to wait a long time for new music, the 15 songs on this new double LP should compensate.

“Lampshades On Fire” has already made its radio debut, but if it sounds vaguely familiar, some ardent fans may have heard it before. While the song was just released, as Stereogum pointed out, the band has been performing it live for at least three years.

Strangers to Ourselves is available for pre-order via Modest Mouse’s website. 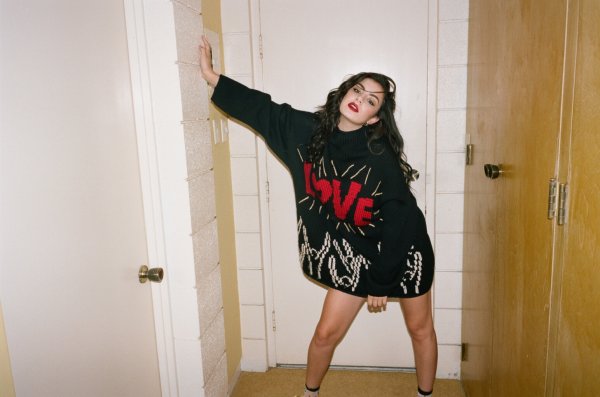 Riot Girl: Charli XCX Rages Against the Pop-Music Machine on <i>Sucker</i>
Next Up: Editor's Pick