T-Mobile Now Lets You Roll Over Your Unused Data

A Deutsche Telekom T-Mobile logo hangs under pink umbrellas at the stand of the German telecommunications giant at the 2014 CeBIT computer technology trade fair on March 10, 2014 in Hanover, central Germany.
John Macdougall—AFP/Getty Images
By Alex Fitzpatrick

We’ve all been there: Every month, a slice of our mobile data plan goes unused, only to disappear into the ether forever at the end of the month. Now, one carrier aims to put an end to that.

T-Mobile will start rolling over customers’ unused data from month-to-month, the carrier announced Tuesday. That unused data will get added to what T-Mobile is calling a “Data Stash,” where customers can use it for up to a year to avoid going over their plan’s monthly data limits.

“With Data Stash, when you buy additional high-speed data, there’s no need to lose what you don’t use,” T-Mobile CEO John Legere said in a statement.

T-Mobile is rolling out Data Stash for customers on “Simple Choice” plans who buy at least 3GB of additional smartphone data or 1GB of additional tablet data above their plan’s base rate. Qualifying T-Mobile customers will start out with 10GB of data in their Stash.

T-Mobile has a history of making bold moves to shake up the wireless carrier industry, like offering to pay competitors’ early termination fees for customers who switch to the service before their contracts are up. T-Mobile’s competitors, including Verizon, AT&T and Sprint, have often followed T-Mobile’s moves, but it remains to be seen if they’ll play ball this time: Overage fees charged to customers who exceed their monthly data limits are a lucrative source of income for wireless carriers. T-Mobile’s aim here is most likely to forego some of those fees in favor of attracting rivals’ customers fed up with overage charges.

The Data Stash announcement came during T-Mobile’s “Uncarrier 8.0” event, during which the company also touted its recent speed improvements to wireless broadband services in several cities, including New York. 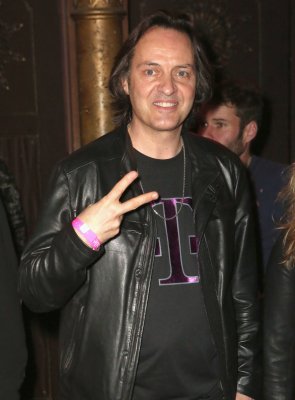 T-Mobile's CEO: AT&amp;T and Verizon Are 'Raping You'
Next Up: Editor's Pick