The Department Chairman of Impressionist and Modern Art at Christie's, speaks about Wassily Kandinsky's "Strandszene", painted in 1909, on display May 2, 2014 in New York City.
Stan Honda—AFP/Getty Images
By Rishi Iyengar

Renowned Russian artist Wassily Kandinsky, the man whose 148th birthday Google is celebrating in its latest Doodle, only started painting when he was 30.

Born in Moscow in 1866, Kandinsky grew up in Odessa and then studied Law and Economics before being offered a professorship at the University of Dorpat, Estonia. He left this position in 1896 and relocated to Munich seeking admission into the city’s Academy of Fine Arts. After initially being shunned, he entered the academy a few years later, where he flourished as a painter and an art theorist.

Kandinsky, who was inspired to take up painting by French impressionist painter Claude Monet’s iconic Haystacks and composer Richard Wagner’s opera Lohengrin, is known as the first truly abstract artist and often likened painting to music. “Colour is the keyboard, the eyes are the hammers, the soul is the piano with many strings. The artist is the hand which plays, touching one key or another, to cause vibrations in the soul,” he wrote in his iconic text Concerning the Spiritual In Art.

Kandinsky moved back to his native Russia following the outbreak of World War I in 1914, but returned to Germany in 1921 after being dissatisfied with the official theories of art under the communist regime. In 1933 he emigrated to France, where he lived out the rest of his days until his death in 1944. 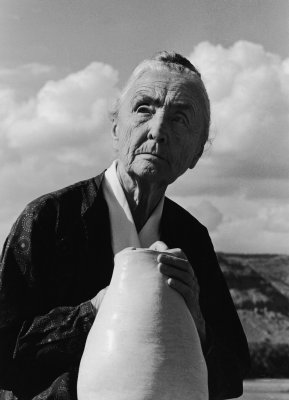