No More 'All About That Bass' Parodies, Please

Enough. These videos are so popular — the “All About That Baste” video has racked up more than 4 million views since Thanksgiving — that it’s reasonable to fear that “Meghan Trainor parody video” is a legitimate genre, at least for a few more months. And yet “All About That Bass” is already a parody of itself. To make a video spoofing it is to miss the point.

To be clear, parodies of hit songs are usually not-great. But there are particular qualities about “All About That Bass” that make it both unusually appealing to the would-be parodist, and unusually insurmountable. That the structure of the hook features repeated emphasis on two common words with a lot of sound-alikes (“bass” and “treble”) encourages amateur songwriters to pick two new common words and go from there. No further thought, it’d seem, is really required before shooting can begin.

Except the very reason “All About That Bass” seems parody-ready is also why its parodies are so irritating. Given the volume of words in the English language that can be substituted for “bass” and “treble” in the song’s hook, and the number of things it can seem “pretty clear” one is not in the first verse, and so on, the parody must justify its existence with an unusually high level of wit. A parody of something technically complex can get by on sheer audacity alone; “Bass,” so uncomplicated that it’s basically a nursery rhyme set to music, lends itself easily to rewritings, but those rewritings are deeply unrewarding. Oh, right, the listener thinks. I guess “space” does rhyme with “bass.”

Then there’s the matter of particular technical qualities of “Bass.” The song works, if it does at all, because of Trainor’s impassioned delivery. She’s not an Adele-caliber vocalist, but, to her credit, she delivers each line with unabashed energy. Because the structure of the song is so ploddingly by-the-numbers, anything less of a Trainorian effort will make the singer sound as if they’re being forced to perform against their will.

Similarly, to change the subject matter from Trainor’s tricky tightrope walk (mocking “skinny bitches” while still urging body positivity for all) necessitates replacing it with something equally complex. Given the wild popularity of “Bass,” it’s very easy to assume that just swapping out words will make for a song that’s interesting and coherent. But the parodies take something at least interesting for a single listen and make it into a list of words used in Star Wars or bass fishing.

There’s an argument to be made that to parody “All About That Bass” is to elide its central point about body-positivity, silencing Trainor, but the ersatz Trainor videos out there aren’t offensive. They’re just trite. Listeners have spent enough time with “Bass” to write their own version, but completely misunderstand why the song worked. They should leave the Meghan Trainor parodies to the person who parodies Meghan Trainor better than anyone: Meghan Trainor. 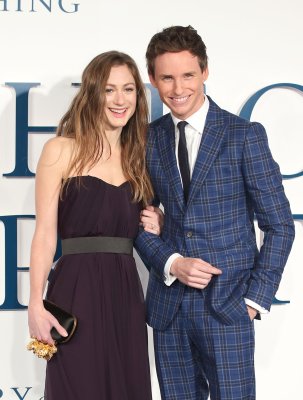 Eddie Redmayne Is Officially Off the Market
Next Up: Editor's Pick