A massive spending bill is heading to the President’s desk this week, and along with it comes a stab at the healthy school food policies championed by First Lady Michelle Obama.

The 2010 healthy food guidelines that call for more fresh fruit and whole grains and fewer French fries and sugary treats on the lunch trays of America’s students have sparked ire in cafeterias for the past couple of years. Hashtags were spawned (#ThanksMichelle). Congress was petitioned. Op-eds were penned. And, on Saturday, those calling for a rollback of some provisions of the Hunger Free Healthy Kids Act got their wish.

Though the program remains in tact and schools cannot opt out of it as some Republicans had hoped, 2015 spending bill includes language that curbs any further reduction of sodium in school lunches “until the latest scientific research establishes the reduction is beneficial for children.” By the 2022 school year, schools were required to serve meals with less than 740 mg of sodium—roughly equivalent to a six-piece chicken nugget kid’s meal with a side of fries at Burger King and about half of the levels currently allowed under the current guidelines.

The spending bill also allows states to get exemptions a requirement to serve 100% whole grains (though half of grains served must be whole) they show they’re facing “hardship” in efforts to implement it.

School Nutrition Association communications director Diane Pratt-Heavner says the association, which represents 55,000 school lunch providers, appreciates Congress for recognizing the challenges districts have faced in efforts to implement all of the rules.

“A few of the rules are so inflexible,” says Pratt-Heavner, who notes that over 50% of school lunch providers expect to spend more on healthy meals than they’ll make this year. “They’re driving kids away from healthy school meals and threatening the stability of the programs.”

It’s been nearly a year since the Government Accountability Office found that over 1 million students opted out of the school lunch program under the government’s changes to school meals. Without the starchy snacks like pizza and French fries dominating lunch trays, 1.6 million students who pay full price for lunch decided not to. The new changes, Pratt-Heavner says, will allow school lunchrooms to have the same flexibility as households.

“Schools, just like families, should be able to occasionally serve white rice or white tortillas,” she says.

The White House has not cried wolf over the changes, either. The Hill reports Sam Kass, who will soon leave his position as White House chef, called the changes a “minor adjustment” they consider a “real win for kids and parents” in light of other efforts to roll back the standards.

Health advocates including the American Heart Association, however, have blasted the sodium changes, which it says, “threatens the future health of our children, ”while citing a 2010 Institute of Medicine report that recommended incremental changes to high-salt school meals in order to reduce health risks like high blood pressure.

According to the Centers for Disease Control and Prevention, about 90% of American kids ages 6 to 18 eat too much salt, and 1 in 6 kids currently have elevated blood pressure.

“It’s important to note that the average school lunch provides nearly enough sodium for the entire day, the American Heart Association said in a statement. “Without this reduction, more of our children will develop high blood pressure that could lead to heart disease and stroke before they reach adulthood.”

Either way it goes, the changes introduced via the spending bill are just a first step. Next year, the Hunger-Free Healthy Kids Act will need to be reauthorized, providing an opportunity for the implementation of more stringent rollbacks. 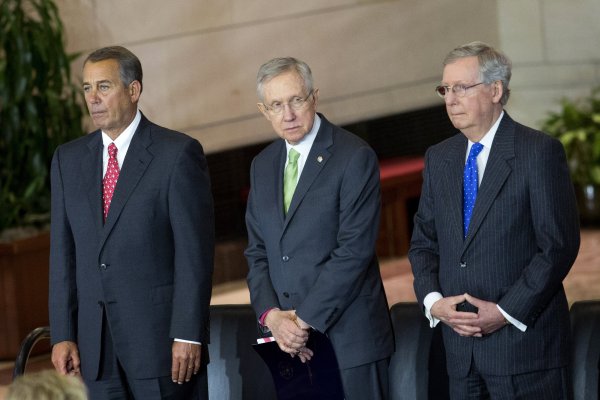