As Ben Affleck takes the keys to the Batmobile as the latest iteration of the caped crusader in Batman V Superman: Dawn of Justice, Michael Keaton said in a recent interview that he feels no hero-envy.

“Do you know why? Because I’m Batman. I’m very secure in that,” Keaton told Variety, giving the most Bruce-Wayne-like, ice-cool response imaginable.

Keaton played the role twice in Tim Burton’s 1989 Batman and the 1992 follow-up Batman Returns, but opted out of reprisal in Batman Forever. More recently, Keaton has turned heads in his starring role in Birdman, about an actor who left a fictional multi-million dollar superhero franchise.

What do Keaton’s fellow alumni of the cape and cowl have to say on the matter?

“When I heard there was someone else doing it, there was a moment where I just stopped and stared into nothing for half an hour,” Bale told Empire magazine. “I’m jealous of someone else playing Batman. I think I should have gotten over it by now.” 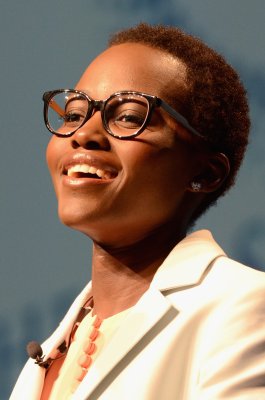 Lupita Nyong'o and David Oyelowo to Star in Americanah
Next Up: Editor's Pick