Exodus: 4 Differences Between Film and Bible

Ridley Scott’s Exodus: Gods and Kings is not exactly a documentary, so a comparison of the film’s adaptation to Scripture is not the point of the movie. But it can be helpful to understand the underlying poetic truth.

1. The Bible: Exodus is a story of ethical and political redemption.

The Film: Hebrew slaves are freed, but racial controversy surrounding the film clouded the story’s overall message of liberation. Scott selected white characters as Egyptians and Hebrews in the film. The only visible black characters are other slaves in Pharaoh’s palace who do not appear to be liberated with the Hebrew people.

2. The Bible: God is depicted as a king and man of war, who takes on Pharaoh, the God and King of the Egyptians.

The Film: The God-character is depicted as a child, played by eleven-year-old Isaac Andrews. It is unclear whether he represents God or a figment of Moses’ imagination or an angel or something else. Moses is not sent to Pharaoh by God, but goes on his own. The drama in the film is inter-human, between Moses and Pharaoh than between God and Pharaoh.

3. The Bible: Moses flees Egypt after killing an Egyptian who was beating a Hebrew slave.

The Film: Moses is kicked out of Egypt when Pharaoh realizes Moses is a Hebrew. Moses does appear to kill an Egyptian soldier, but that was in retaliation for the soldier calling Moses a slave. It was not Moses defending an oppressed brother or sister.

4. The Bible: The Pharaoh is unnamed.

The Film: The setting is the reign of Ramses. Hundreds of thousands of Hebrew slaves are portrayed in the movie, but the actual population of all slaves and of Hebrew slaves is unknown. Scott appears to try to bring the historical setting of the time to life, but the reality is that the “historical” Exodus story is hard to pin down. “There is a deliberate lack of specification [in the Bible],” explains Ellen Davis, professor of Bible and practical theology at Duke Divinity School. “Pharaoh is the sort of quintessential oppressive ruler in the Bible, and that is how he is remembered in later literature, so he stands for the oppressor of the moment in a sense.” 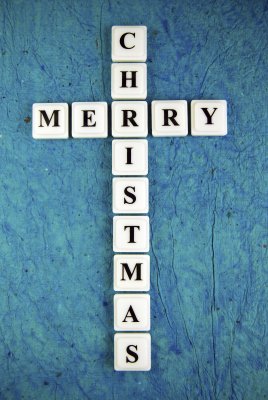 10 Things Christians Shouldn’t Do at Christmas
Next Up: Editor's Pick