Where Has D'Angelo Been for the Past 14 Years, Anyway?

There are artists whose careers are plagued by album delays, and then there is D’Angelo.

The critically acclaimed R&B superstar — once dubbed “R&B Jesus” by prominent rock critic Robert Christgau — made his long-awaited return last night with Black Messiah, his first album since 2000’s Voodoo (and only his third studio album ever in his near-20 year career).

Despite the excitement and social media chatter around the surprisingly timely album, which dropped at midnight, one question still loomed: Where has D’Angelo been for the past 14 years, anyway? At Sunday night’s New York City listening session for the album, only one semblance of answer was provided: D’Angelo has been working on his guitar, and while it shows on Black Messiah, that’s hardly satisfying.

The truth is, there really isn’t a good answer. D’Angelo does work slowly, partially evident by the five-year gap between his debut, Brown Sugar, and Voodoo. The Roots’ drummer Questlove, who worked on a handful of album tracks, leaked one song, “Really Love” — now the album’s official first single — to an Australian radio station way back in 2007. Another album cut, “1000 Deaths,” first hit the Internet in some form in 2010, the same year engineer Russell Elevado, who worked on Black Messiah and Voodoo, announced they were going back into the studio to “to complete overdubs and do final mixing on a few songs.” These songs have been in the works for years, and after hearing the album, it almost makes sense: Black Messiah is a busy, dense album that’s obsessed with the intricate details, so it’s not hard to imagine D’Angelo studying every single guitar note and harmony, tweaking and re-recording it to his satisfaction (and to everyone else’s frustration). D’Angelo fans have been burned by false promises in the past, but while his collaborators spent the past few years making statements about the record being “97% done,” for example, they don’t appear to have been lying lying.

Much of absence however, involves his personal struggles, which are extensively chronicled in a 2012 GQ feature about D’Angelo. In the piece, writer Amy Wallance explores how the attention D’Angelo attracted as a sex symbol for his steamy “Untitled (How Does It Feel)” music video “tortured” the singer. “‘Yo, man, I cannot wait until this fucking tour is over,'” Questlove remembers D’Angelo telling him after the Voodoo tour. “‘I’m going to go in the woods, drink some hooch, grow a beard, and get fat.’ … I was like, ‘You’re a funny guy.’ And then it started to happen. That’s how much he wanted to distance himself.”

A few deaths in his family rocked his personal life after the tour — “I just kind of sunk into this thing [after that],” he told GQ. He then spiraled into substance abuse: D’Angelo was arrested and charged with driving while intoxicated and possession of marijuana and cocaine in 2005. By the time he survived a near-fatal car accident in September of that year, he had already done two unsuccessful stints in rehab. But D’Angelo says his wake-up call occurred in 2006, following the death of rapper-producer J Dilla. He was shook by the loss, so he reached out to the man who first signed him, Gary Harris, to get in touch with Eric Clapton, who knew D’Angelo and told him he was welcome at the Crossroads treatment center in Antigua, if he could pay $40,000. According to Harris, the bill was footed by his former boss and one of the most powerful managers in the industry, Irving Azoff, who didn’t even know D’Angelo personally.

D’Angelo wouldn’t be totally clear from personal troubles after that — in 2010, he was arrested and charged with solicitation after offering a female undercover cop $40 for a sexual favor — but he was able to land a new record deal 18 months after his monthlong rehab stint at Crossroads. “But even then, in D’s world,” Wallace writes, “nothing happens quickly.” 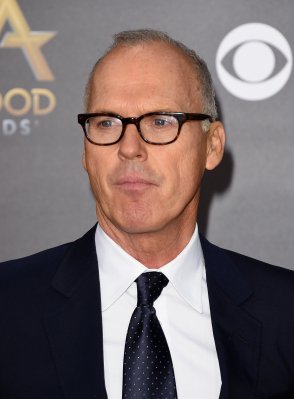 Michael Keaton Reminds Us: 'I'm Batman. I'm Very Secure in That'
Next Up: Editor's Pick