These snails live in the deep sea near thermal vents 11,500 feet under water and their golf ball-sized shells are fully spiked. It’s no wonder the scientists who discovered them were reminded of mohawk-wearing, leather-clad punks.

“Because they look like punk rockers in the 70s and 80s and they have purple blood and live in such an extreme environment, we decided to name one new species after a punk rock icon,” said Shannon Johnson, a researcher at the Monterey Bay Aquarium Research Institute told the Santa Cruz Sentinel.

Specifically, they named him Joe Strummer, after the leader of iconic British rock band The Clash. Strummer isn’t the first punk legend to have a species named for him: Sex Pistol John Lydon and members of The Ramones have had species of extinct trilobite named after them. In fact, an exhibition of “Heavy Metal And Punk Fossils” opened at Oslo’s Natural History Museum last year.

Plenty of non-rock celebrities have had species named for them, too. There’s a lemur named for Monty Python comedian John Cleese, a small parasite named after reggae legend Bob Marley and a species of whale named for Moby Dick author Herman Melville. The practice is an easy and humorous way for scientists to draw attention to their discoveries. “This gets people excited about science,” Johnson said. “Otherwise, people might not see these snails.”

Correction: The original version of this story misstated how deep these snails live under water. The correct distance is 11,500 feet. 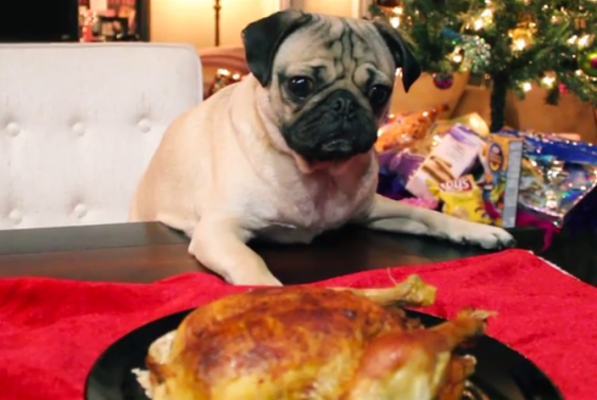 We Are All This Pug Named Doug Whose Only Real Christmas Wish Is Food
Next Up: Editor's Pick