Seth MacFarlane may not be able to spoof the new Star Wars movie until it’s out, but he’s working with what he has so far.

The trailer features Family Guy‘s Cleveland Brown as the stormtrooper played by John Boyega, his friend Joe Swanson as the “ball droid” and Lois Griffin as the speeder pilot Rey. Everyone’s favorite dad Peter Griffin is heard, but not seen, saying: “Well I just realized my spaceship works better when I have the keys,” while his son Chris plays X-Wing pilot Poe Dameron. Evil baby genius Stewie Griffin is a natural choice for Kylo Ren — the character wielding that controversial lightsaber.

And in case you have been living on a distant moon that didn’t have an internet connection, here is the original Episode VII trailer so you can compare the two: 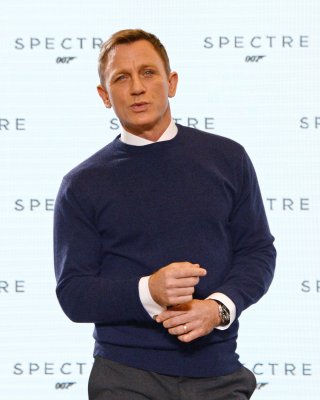 Screenplay for New Bond Film Stolen in Sony Hack
Next Up: Editor's Pick